‘The Nutcracker’ tastefully brings classic to life in local show 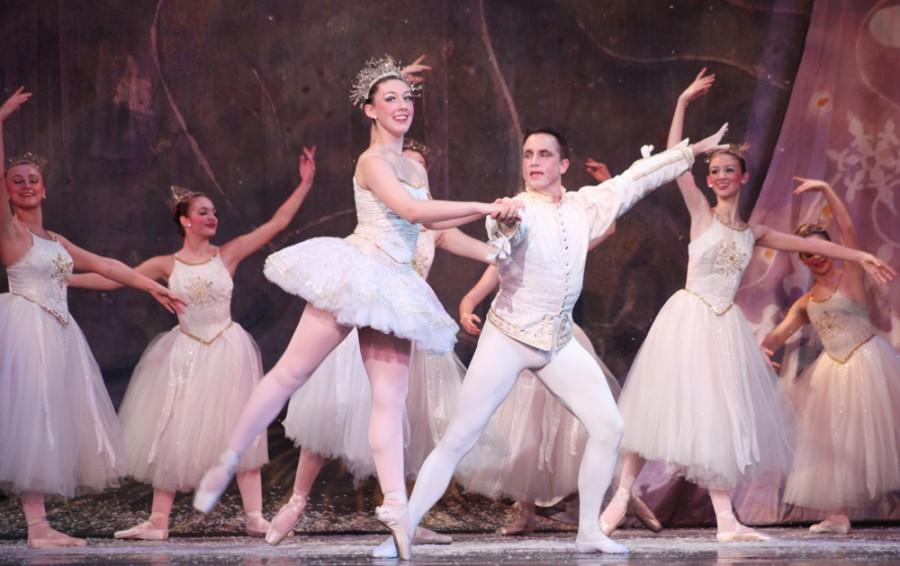 The original Nutcracker ballet’s debut in 1892 was an utter failure. In fact, Tchaikovsky never lived to see the piece succeed.

But today, somehow it has transcended success and become tradition.

Chico Community Ballet was the latest local production company to uphold the tradition with its performances Dec. 4-7 at Laxson Auditorium.

The two-act ballet’s survival is based on its steady self re-invention, which has become traditional in its own way. “The Nutcracker” always has the same plot and music, but what keeps the performance fresh is the liberty that the directors, choreographers and costume designers have to make the performance their own.

Inevitably, not every new idea is going to work.

Chico Community Balley took liberties mostly, as many companies do, with Herr Drosselmeyer and the party scene, the confrontation with the Mouse King and the portrayal of certain characters in the Land of the Sweets.

Drosselmeyer, expertly captured by professional photographer Derek Ralston, came across as an estranged, flashy godfather hoping to earn his way back into the family’s life by blowing their minds with tricks he picked up from a magician’s handbook a few days ago. It’s G.O.B.-esque, only less delusional and with exceedingly less lighter fluid.

As the young, knife-wielding boys quenched their blood thirst and the magic of the girls’ sparkly snowflake wands started to fade, the guests of the opening party scene made their exit, leaving Clara alone with the disabled nutcracker she had just received.

What’s odd here is that the impressively costumed mice show up before she falls asleep on a chair. They’re scared away a second time by Drosselmeyer before appearing once again with the Mouse King.

Under normal circumstances, the mice creep up on Clara when she’s asleep, prompting Drosselmeyer to shrink her and bring the nutcracker to life, for whatever reason. It makes sense to extend the mice roles to give the kids a bigger part, but more power to Clara if she’s able to shrug-off the fact that life-sized, hungry-looking mice just broke into her house and then disappeared.

The ensuing Mouse King fight was spectacular. CCB sprung for costumes with bright red eyes that glowed menacingly in the dark. The King had three faces, paying tribute to the biting darkness of the original Nutcracker story by E.T.A. Hoffmann.

In this scene, all of the hench-mice are usually slain simultaneously, leaving the Mouse King alone to be disarmed by Clara and stabbed through the heart by the Nutcracker. Often, Clara will just throw her shoe to draw the King’s attention for a second, but this more-involved choreography seemed to work better.

Fewer liberties were taken as the show progressed, and every dance in the Land of the Sweets was classic and tastefully done. During the dance with Mother Goose, however, it took some time for audience members to register what was happening

Mother Goose waddled out on top of a giant bustle that must have had some sort of gate on it, with the way the kids ran in and out of there. Upon further examination, an actual goose head protruded from the front of the dress, effectively shattering reality and begging the question, “Is Mother Goose actually half goose?”

Either way, it was refreshing to see the Cat and the Fiddle, Little Bo Peep, Miss Muffet and her Spider and Jack and Jill all on stage. It’s a safe bet that had a moon been included in the set, a cow would have been jumping over it.

The audience was as hesitant to leave the Land of the Sweets as Clara, but eventually Drosselmeyer dropped in to take her home. Either that, or he was just checking in on how she was handling that Ketamine he slipped her when she said she was seeing giant mice.