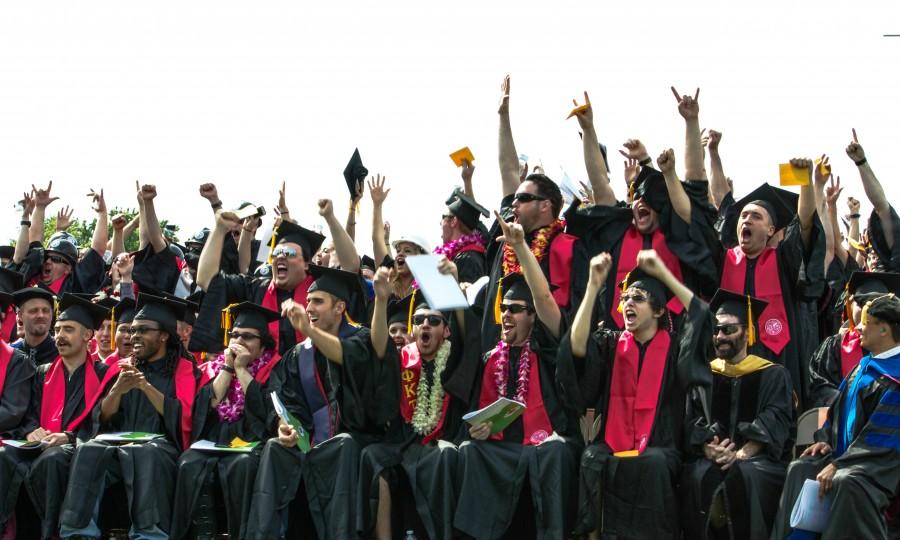 Chico State is close to hitting its graduation target rate set by the chancellor’s office for the year 2025.

Bill Loker, dean of undergraduate education and head of the Graduation Initiative Team, said although the university is close to its goal, the rates are not as good as they should be.

“It’s better than 21 and it’s better than 18 (the previous two years’ graduation rates), but for CSU Chico students, half of them should be graduating in four years,” Loker said.

He said the California legislature has been requesting graduation rate data from the CSU, and that the CSU budget allocations may soon be based on the graduation rate “success numbers” instead of the number of full-time students enrolled. There is no reward or penalty for reaching these targets.

It’s not clear why the graduation rates have been increasing in the past few years, said Jeff Bell, chair of the biology department and member of the team. Without that information, it is difficult to tell what the campus is doing right or wrong.

Bell said a major issue in keeping the target number is the retention rates of new students in their freshman and sophomore year.

“If you lose 20 percent of your freshmen in your first year, then you’re capped right there,” he said. “The best you can do for that group is an 80 percent graduation rate.”

Chico State is also facing issues with retaining minority students from groups such as African-American, Hispanic and American-Indian students. There was a 62 percent overall graduation rate for the class of Spring 2014, while minority students had a 46 percent rate.

According to the graduation initiative reports, potential reasons why minority students have a lower graduation rate includes:

Stress from relying on federal grants to support high cost of living, textbooks and tuition
Doubts for success due to the imbalanced ratio of racial diversity in faculty and students.
Family environment that may not be supportive of post-secondary education

Enrique Raymundo can be reached at: [email protected] or @ERaymundoCV on Twitter.