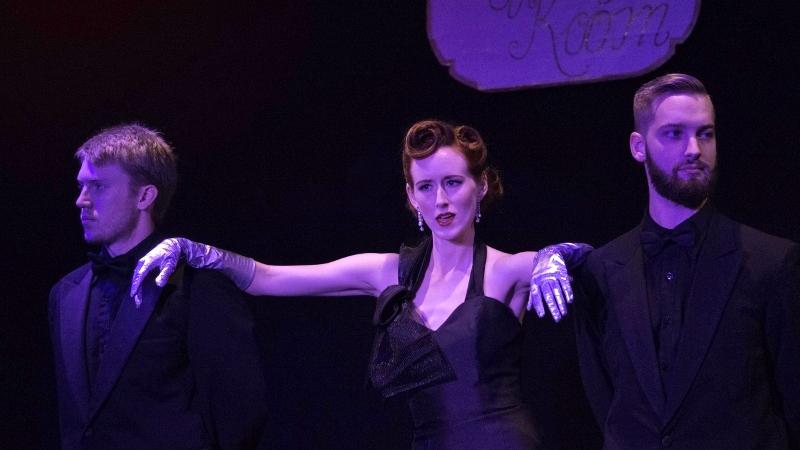 The musical, which runs through Dec. 21, follows the story of Bob Wallace (Steve Chollet) and Phil Davis (Robert Neal), two World War II veterans who enter show business after the war and find love along the way.

The pair sets the intimate tone for the evening, addressing the audience as fellow troops and having it sing along to Christmas tunes. Their rapid-fire banter and corny jokes are entertaining.

As the musical transitions into the 1950’s, it brings the charm of the decade to life through costumes, from old-fashioned suits to red floor-length Christmas gowns.

Davis, the playboy, and the Wallace, the workaholic, eventually find themselves in a dive bar in New York after their musical career takes off, where they meet Betty (Elisabeth Schirmers) and Judy Haynes (Lacy Stephens).

The sisters enchant the audience with two hit songs back-to-back, including the popular blue-feathered-fan-waving number “Sisters.” 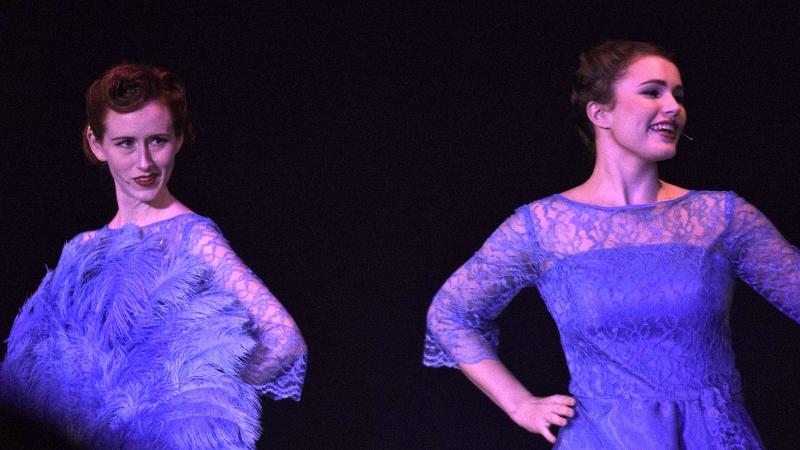 Schirmers croons in a lovely alto voice in “Love and the Weather,” a duet with Chollet. She plays the awkward, yet loveable and honest, sister well.

Stephens, a Chico State student, is fitting as her quirky, yet ambitious, younger half. She and Neal, the more outgoing couple, show off incredible dance moves in “The Best Things Happen While You’re Dancing.”

The lengthy dance scene during the number is executed without breaking a sweat, as the couple moves though various styles like waltz, tap and even tango.

The rest of the cast was also excellent, particularly Doug Hasse, who captured General Henry Waverly exactly with his demanding demeanor and stage presence. But even he made the audience swoon by how moved he was when his troops banded together to keep his inn afloat at the musical’s close.

Chico Theater Company pulled out all the stops for this production. It wrapped up all that the holiday season should be in a tight, musical package that included themes about love, loyalty and family.

How could it not be on everyone’s holiday wish list?

Tickets can be bought online or at the theater’s box office.