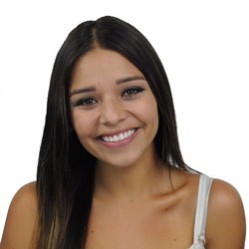 The first things one may notice is that the mind isn’t clear, there’s a lack of alertness and muscles ache despite an absence of strenuous activity.

Then the worst part creeps up: the throbbing headache that keeps one from going on with the day.

Many would assume that I’m talking about an intense drug, but no — I’m referring to caffeine and how powerful a drug it can be.

According to the Food and Drug Administration, 80 percent of American adults drink coffee daily.

Discovering the statistics and symptoms that people deal with didn’t really surprise me because many of my loved ones rely on caffeine daily, and I’ve seen what they’re like when they quit.

I’ve had my share of times when I didn’t want to get my day started without a cup of coffee, but now that I don’t have a gallbladder I can’t have caffeine at all.

At first it was really hard giving up caffeinated beverages, but now I’ve discovered alternative methods to keep me energized throughout the day.

Some substitutions for caffeine include:

B-12 vitamins, which are known for boosting mental clarity and their energy enhancing properties
Eating breakfast every day
Getting a good night’s sleep
Going for a jog or any form of exercise
Eating an apple

As ideal as it is to have the option to buy a $5 drink at Starbucks to stay awake in class, young adults need to also keep in mind that there are plenty of alternative options for staying energized.