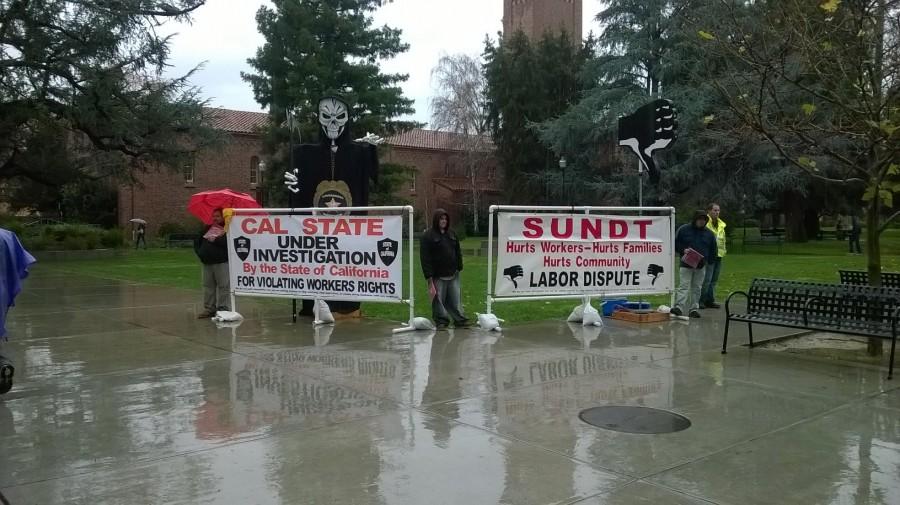 Members of the Carpenters Union came to Chico State to raise awareness about an investigation on workers’ rights violations.

Members of the union’s local #46 chapter, which serves the greater Sacramento area, were spreading the information that Cal State East Bay and Sundt Construction were under investigation for allegedly paying carpenters for fewer hours than they worked.

The union representatives had previously been to Chico State in November, holding up signs outside of the campus. But they were recently given permission to set up on campus.

They set up a pair of signs and a wooden Grim Reaper in the grassy area in front of Bell Memorial Union and passed out fliers. Union leadership said that the union plans to put up these displays at all CSU campuses.

Enrique Raymundo can be reached at: [email protected] or @ERaymundoCV on Twitter.