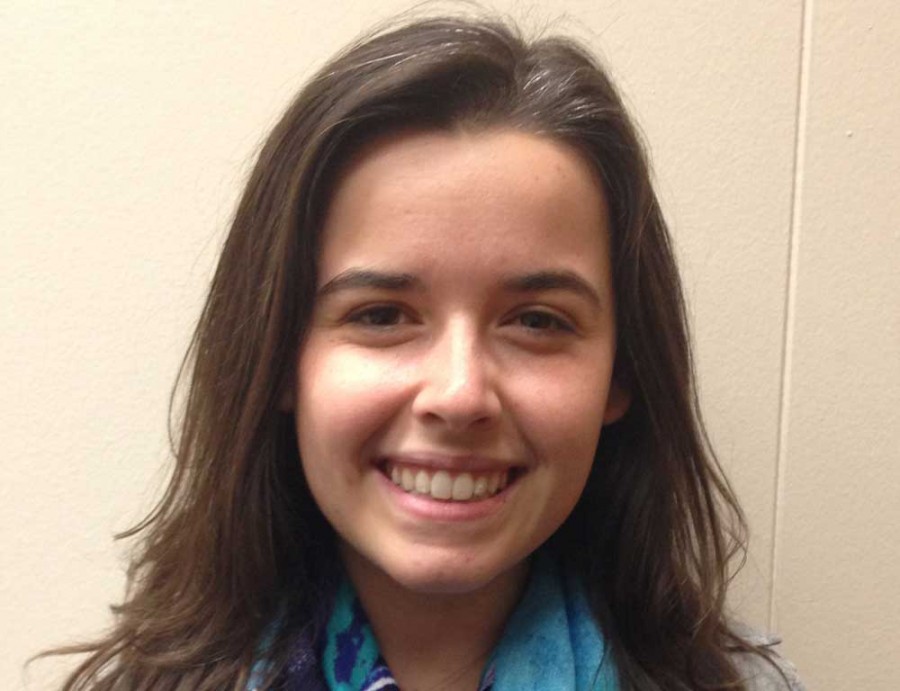 Even as a senior in high school staying in the Esken Hall dorms on campus for a summer program, Kendall Enns felt a connection to Chico State.

“At the time there was this awesome program for seniors in high school to come,” Enns said. “I was just someone who wanted more out of my senior year, so I showed up here and they were ‘like this is a program designed for future teachers.’”

Enns is moving to Beijing in May to start a full-time position teaching English as a second language through a company called Education First.

“I’ll be working at the kids and teen center so my students could be young as three and old as 18, and there will be variety,” Enns said. “Sometimes I will be tutoring one-on-one, other times I’ll be teaching classes of about 20.”

At Chico State, Enns earned a Bachelor of Arts in English with an option in education and emphasis in language and literacy. She also received a minor in Asian studies along with her Certificate in Teaching English to Speakers of Other Languages.

However, her time hasn’t come to an end at Chico State.

In the spring 2015 semester, she will continue her job as a tutor through Upward Bound, which is a federally funded trio program through the U.S. Department of Education, she said.

She has been an online tutor with Upward Bound since September, and she Skypes with her students, tutoring them in various subjects including pre-calculus, history and English.

“It’s awesome to see my students come full circle, and what’s great about the job is they have a lab specifically for the online tutors so I can go to that lab on campus.” Enns said.

She appreciates having Upward Bound on campus because she used to be in the program as one of the students being tutored. The program is the reason why she is in college because it’s geared to make sure that low-income, first-generation students pursue post-secondary education, she said.

Enn’s involvement in several other Chico State programs also helped prepare her to teach in Beijing.

“Every single year of my college career I’ve always been involved with something teaching related,” she said.

“Honestly, it was the best year of my life.” Enns said. “Originally I was only supposed to go for the fall semester, but the whole time I’m there like what have I done for other people? Because I love helping people, and I’ve always been involved so I was craving something.”

While abroad, Enns had always heard of other students changing their major and second guessing themselves.

“I totally second guessed everything I ever worked for while in Thailand,” she said. “Holy crap, I was choking on my grad school apps. I was dragging my feet. I didn’t want to do it because I didn’t have something to give back yet, and so in Thailand I’m sitting there and I was like ‘Oh my God, did I pick the right field? Is education for me? Is this who I am?’”

As those questions popped up in her head she called her family in November of 2013 and told them that she wasn’t coming home.

“I just wanted to feel productive, and that I was getting everything out of this abroad experience as possible,” Enns said.

During her second semester in Thailand, Enns stumbled upon Thai Freedom House where she applied and became a one-on-one tutor for a server at Free Bird cafe.

“Thai Freedom House seeks to help Burmese migrants and internally displaced populations of Thailand through education and their anti-human trafficking,” Enns said. “This was totally the thing I wanted to do.”

It was the perfect opportunity for Enns to find out if she found teaching English as a second language fulfilling.

Enns said she really needed that second semester because it made her feel like she made the right decision all along in choosing education and becoming a teacher.

Throughout Enns’ time at Chico State, three key factors that brought her success were learning people’s life stories, being curious and conversing with the English department.

“That’s what has always gotten me wherever I go,” she said. “I like getting to know people. I always get someone’s life story, and when I think of connecting the dots in hindsight I feel like I have learned the life stories of my peers, of my colleagues and of my professors.”

Being curious is just the beginning, she said.

“Have a goal in mind and ask how you can get it or tailor it in some fashion,” Enns said. “People can’t help you if you don’t ask questions. Remember that it’s your job to ask questions. Would I have uncovered as many opportunities if I hadn’t asked questions?”

The English department helped prepare Enns for her career path. Her mentors in the department were her professors, she said.

“I think when you are in college, every student needs to have a mentor in their own department,” Enns said. “Someone in your department should inspire you. Find a mentor within it and get to know them and hopefully that person will push you.”

Enns feels like she has used almost every resource on campus fully and is sad to not learn in the university setting anymore.

“Chico State has set me up nicely and has prepared me for a lot,” Enns said. “Chico turned out to be a great fit for me.”

Nicole Santos can be reached at [email protected] or @Iam_NicoleS on Twitter.