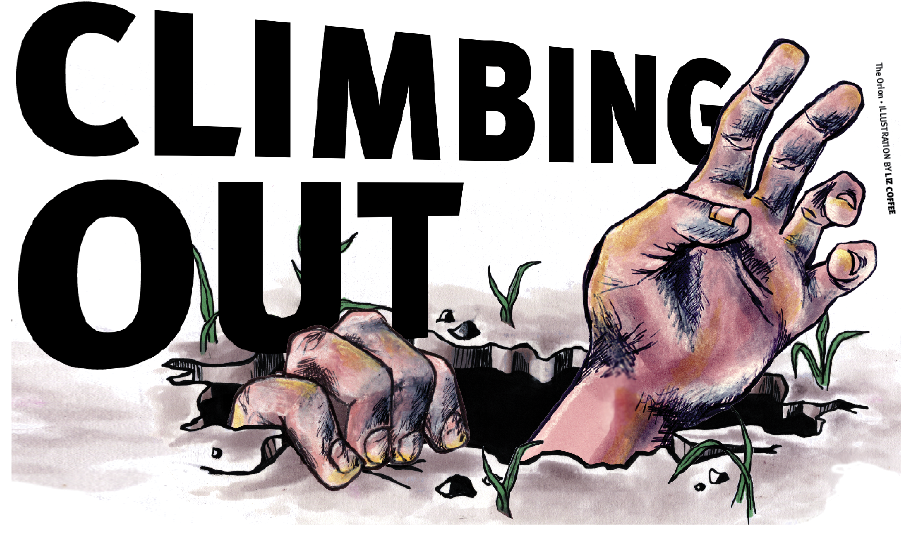 Suffering under the weight of staggering financial deficits, Chico is experiencing difficult times and painful decisions for city officials.

During the last six months, city leaders have restructured various departments, laid dozens of workers off and reduced services to the community.

City Manager Brian Nakamura, who was hired by the City Council in August 2012 to help the city get its financial house in order, has implemented significant changes to address the city’s $4.8 million deficit.

Nakamura faced similar challenges as the city manager of Hemet, Calif., and said he was able to help get the city back on a sound path with a combination of reductions, labor negotiations and economic growth.

He admits he did not realize the full extent of the city’s situation upon first arriving in Chico, and that there was more depth to the budget problems than he had anticipated.

He cites the economic meltdown of 2008 as a major contributor to Chico’s financial troubles, along with slower-than-expected return of lost revenues.

“Usually you look at recessions as like a V-shape or a U-shape,” Nakamura said. “I can credit my wife with saying it was more of a canoe shape.”

One of Nakamura’s first recommendations was to whittle down the city’s departments from 11 down to five — police, fire, administrative services, community development and public works.

Leading up to approval of the restructuring, several high-level city employees left their previous positions.

The City Council gave final approval to the restructuring at its April 16 meeting. The only dissenting vote was council member Ann Schwab, who declined to comment for this story.

Layoffs and the new budget

The next step for the city manager’s office was to present its budget proposal, which included steep cuts and layoffs, to the City Council.

Prior to the budget proposal, about 18 positions were eliminated. The $4.8 million in cuts dictated by the new budget resulted in around 40 more jobs being cut, although some were already vacant.

“My recommendation to the council was a $7 million reduction,” Nakamura said. “Then the council and the administrative services director Chris Constantin recognized that that significant amount of reduction would be catastrophic for service delivery.”

The largest impact of the layoffs was within the police department, which faced a reduction of 19 positions, from 147 down to 128. The fire department lost five positions and had to shut down one station. Further reductions came from the offices of the city clerk, city manager and city attorney, along with administrative services and community development departments.

According to Orme, the city’s workforce went from about 400 employees down to the current amount of 346, who are represented by nine different labor unions.

The City Council voted Sept. 3 to approve using $80,000 from the emergency reserve fund to hire a negotiator to handle the upcoming talks with the nine labor unions.  All of the labor contracts expire at the end of 2013, and Orme said that wages, benefits and pensions represent 80 percent of the general fund budget.

According to City Council member Randall Stone, one of the problems with labor negotiations has been in adding large numbers of modifications to existing contracts.

Nakamura said that last year the city was basically asking for one-year extensions and that there will be more of a focus on bargaining new contracts this year. 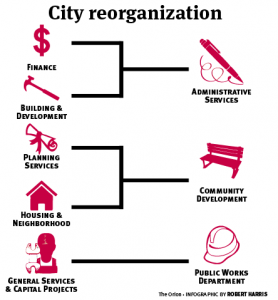 “Bargaining is just that — it’s about give and take and the city is not interested … in having all takes,” Nakamura said. “We want to make sure the city is protected as well as the bargaining unit.”

Nakamura has received a lot of criticism from community members and even had his car vandalized at one point. But Stone said he is making hard decisions in a tough situation.

“I’ve had in the past some issues about delivery, but I can make absolutely no criticism about the execution of what he’s doing,” Stone said.

Nakamura said he understands that it is a difficult and understandably scary time for the city, but if he wasn’t making these decisions it would be someone else.

“You can criticize the way I’ve delive

red it or the way we’ve approached it,” Nakamura said. “There’s no blame to be assessed. I don’t have any inside knowledge as to the past. I don’t really care. Our goal is to move forward … and not dwell on the past.”