Chico dance club turns up the bass from underground 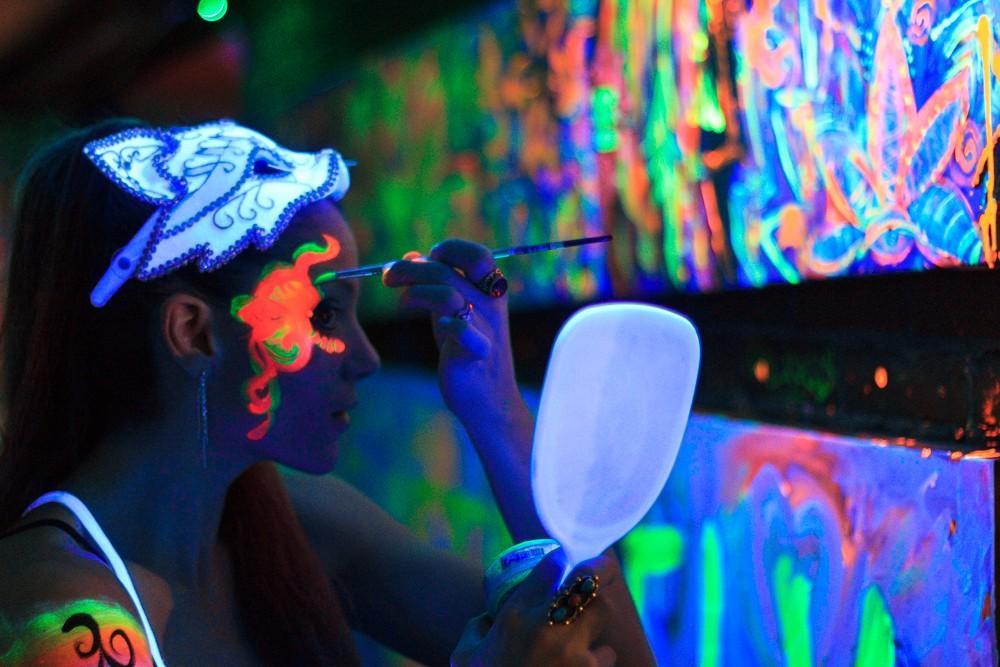 The term “underground” is both figurative and literal for this unique once-a-week club.

Not only does Bassmint play experimental music that doesn’t conform to the typical standards of mainstream genres, it is held in the Peking Chinese Restaurant on West 2nd Street which is actually located below street-level—just like a basement.

Co-founder and deejay, Eyere Eyes, real name Michael Liddle, said the title of the “much-needed (dance) outlet” is just what it seems, a clever play on words.

“Bass music is what we present,” Liddle said. “Mint, like where you create money and it’s in a basement.”

Besides being below ground, the club’s atmosphere is anything but basement-esque. A deejay stand, brightly lit up with colorful lights and lasers at the front of the dance floor, pulls in focus and draws people out to mingle and move with the music. The right side of the floor is a dimly lit bar where people can sit, enjoy their drinks, and survey the room. The left side brings a whimsical contrast to the right. There’s a side room filled with art illuminating from overhead black lights, artists creating said art, and a face and body painter named Gypsy Mountain covering patrons in glowing paint.

“It’s an interactive art room room we’ve been doing for about the last six months,” said Liddle. “People can play around with paint and black lights.”

Since the event typically only happens on Friday nights, Liddle said he likes to give club-goers a collage of sounds so they have the opportunity to experience several different types of bass music such as dubstep, trap, purple, 808, glitch hop, breakbeat and drum ‘n’ bass throughout the night.

“I get bored kind of quickly,” he said. “I enjoy changing it up.”

The musical lineup alternates three different deejays or producers, each for two 40-minute sets. With these intervals, the melodies start out like a warm-up and pick up the pace as the night goes on.

“Everyone gets a chance to do two sections,” Liddle said. “Early night it’s kind of mellower so you can do a little more experimental fun, not as dancy, and then give people the high energy that they’re looking for later on.”

Bassmint isn’t a place that one can easily get bored. If the vibrant music and high-energy environment isn’t enough entertainment, the people who turn up decked out in true rave attire like neon wigs and clothes, holographic glasses, and glow-in-the-dark hula hoops are just as interesting to watch being absorbed in the scene, if not more.