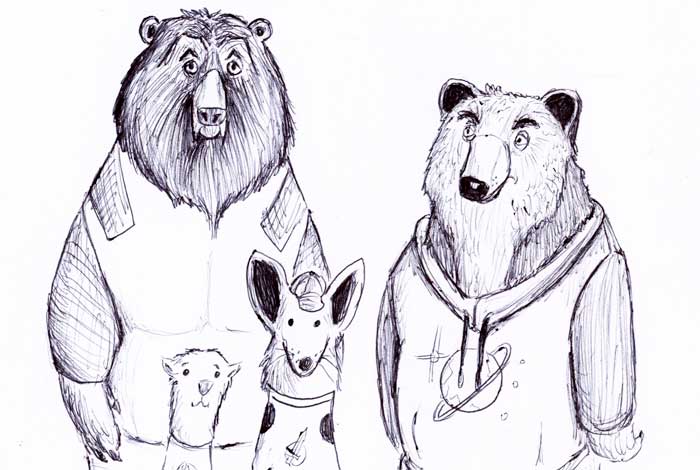 Lesbians and gay men have become normalized in pop culture to a point that terms we use to describe one another have become more commonplace. I was even asked by co-worker to define another staff member by these images.

In an effort to explain some differences, here’s how body image types break down for gay men.

So let’s start with twinks. Generally speaking, these are younger gay men who have a thin to slimly athletic build. Also, they don’t have a lot of body hair, and the chest is usually smooth.

Some guys will shave their chests and armpits to conform to this body image. I think that the term came from Twinkies. You know — young, dumb and full of … moving on.

Up next are the otters. They tend to be hairier overall, still with that thin to slimly athletic build. I’ve seen guys of various ages take the image label of an otter, though it tends to be men under 40.

Closely related to the otters are the foxes. Basically a fox is an otter over forty. One buddy of mine described foxes as the cougars of the gay male community.

Then we have the bears. Like otters, men of various ages identify as a bear. These are larger-bodied or muscular-bodied men that have body hair. Think about the large-bodied construction workers that you may see on Caltrans job sites or a furry bodybuilder.

Finally we have cubs. These are the bears that don’t have body hair.

Sometimes there may be a reference to a gay man as a daddy. While this generally is used to describe the elder partner in a cross-generational relationship, there is a component of dominance when it is used as a self-identifier.

On top of all that there are those who identify as chasing a certain type. Bear-chaser, twink-chaser, etc.

People should be careful applying these terms to gay men they know. Some of us are extremely sensitive to the type we identify with.

At the end of the day, these are often the terms used to filter results on Grindr, the gay Tinder, or other such dating (I mean “dating”) websites or apps. These terms don’t reflect the many variations of men’s bodies. Some people reject these images altogether.

While these images may seem humorous, on the surface they still reflect a society that places too much importance on such trivial things. Despite the widespread use of these terms, they still carry their own stereotypes.