Stop-motion monsters come to life in ‘The Spaceman’ 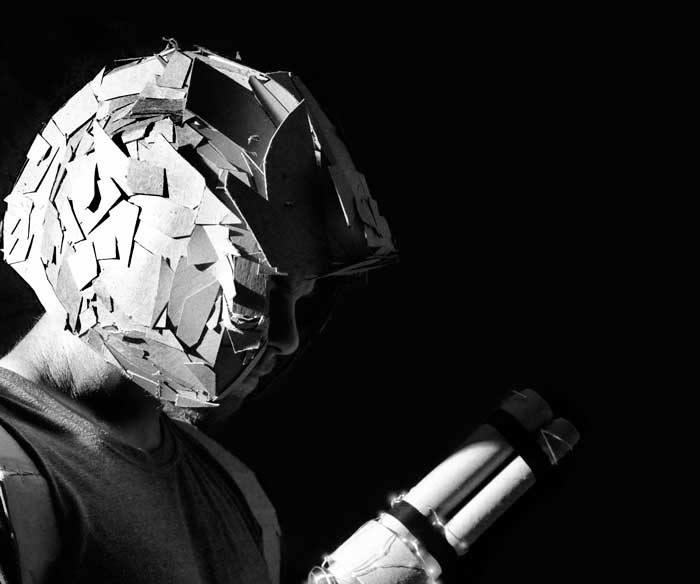 The upcoming sci-fi short film "The Spaceman" will be playing at the Pageant Theatre on Feb. 21 and 22. Photo courtesy of Josh Funk.

A short film titled “The Spaceman”, which has part stop-motion animation and part live-action, along with animatronics and a miniature set design, is fit for any sci-fi or action movie fan.

The film will have showings at the Pageant Theatre on East Sixth Street on Feb. 21 and 22 and is directed by local Chico State alumnus Josh Funk.

The epic story of “The Spaceman” deals with a man who builds a cardboard spaceship and travels to another planet to end up battling with an alien monster.

The monster is a stop-motion puppet, which the filmmakers for the movie had to animate frame by frame.

“You take a picture of it, then you move it a little bit and then take another picture,” said Funk, the director. “It took two years for us to do this.”

The people involved with the movie also made a gigantic spaceship. The cockpit took up almost all of a garage studio Funk has in the backyard of his house.

Other styles and elements that were used in the movie were green screens and actual live-action filming in areas of Forest Ranch and in Fern Canyon in Humboldt County.

Funk told his brother Jordan, the star of the movie, to “Pretend that you are Bruce Willis, but all they could afford is cardboard.”

At the movie premiere for “The Spaceman,” the puppets that were used in the movie will be displayed and the audience will get to see a behind-the-scenes video of how the film was made.

At the end of the event there will be a Q&A with the filmmakers and others who contributed to the movie.