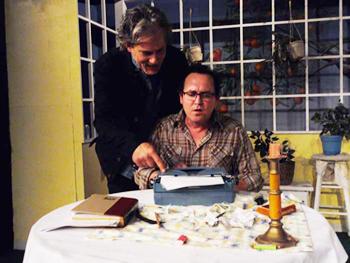 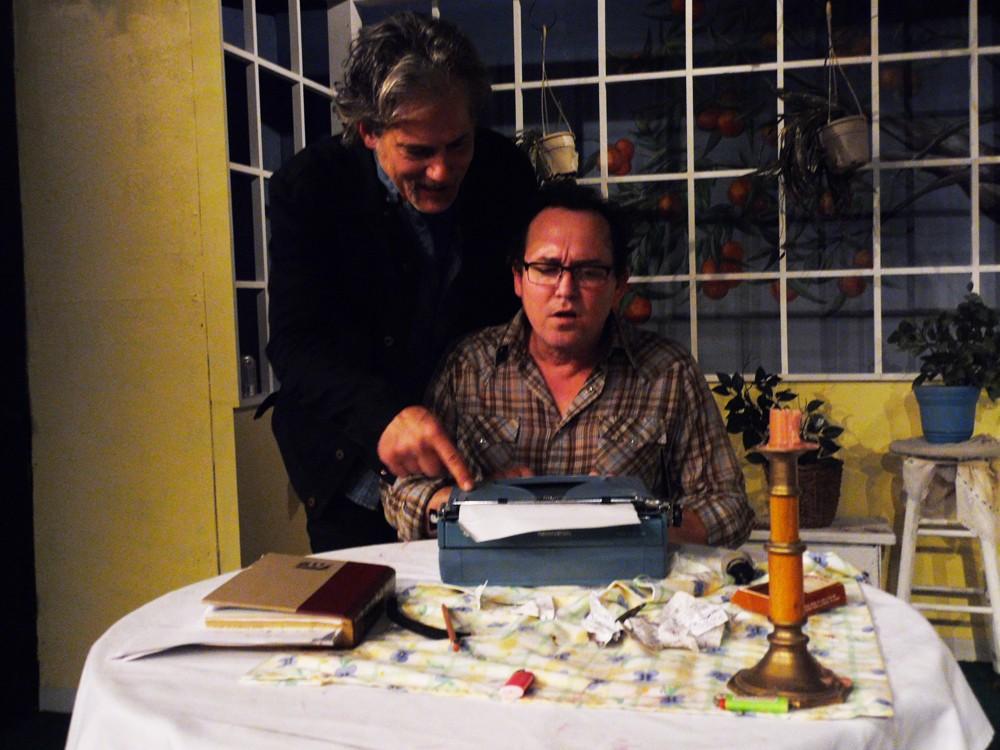 Intense, true, and funny attributes arise in the brilliant play “True West.” Two brothers who live completely opposite lifestyles from one another see each other for the first time in years.

A play that anyone can relate to is dark at times yet the audience remains laughing from the extreme personality traits that the actors portray so well. The brothers have a rivalry that is deep and rattles their emotions. It has them arguing but yet they express the search for authenticity. This ultimately fuels their hidden similarity with each other.

The character Austin (Joe Hilsee) is a screenwriter who can be very well-mannered and represent the suburban life. On the other side of the spectrum,Lee (Fred Stuart) is the older brother that robs houses and represents a rather nomadic life.

A Hollywood producer named Saul Kimmer (Jeremy Votava) checks out a script that Austin has been working on for a modern western movie. Lee sees the opportunity and is inspired to try out a script himself which he essentially makes Austin type for him. Kimmer then sees Lee’s script and ultimately likes it better. This creates even more tension between the brothers.

Lee and Austin look at each other’s way of life and both say they envy one another. However, they both bring up the word “paradise” and define it in their own ways, which encapsulates their similarity for striving and withholding their daily lives.

The main part of the play takes place at their mom’s (Rosemary Febbo). The set looked like a real kitchen with tile, a sink, a refrigerator, plants, counter tops, a kitchen table, and all the household food utensils. The lightening of the play was great and seemed spot on with all their cues.

The music that played between the scenes created an old country, Hank Williams vibe. Between one scene their was a mystical flamenco guitar that fit the western theme of the screenplay the brothers work on.

The cast and crew of the play have been rehearsing since December and it is currently playing at Blue Room Theatre as of Feb. 12 every night until the last showing Feb. 28. Thursdays at the theatre it is pay what you can as well.

The play depicted great insight of how one person’s life can be in the different lifestyles the brothers have. Alienation and the focus of the individual gave meaning to the polarity and duality of life.

The playwright of True West Sam Shepard emphasizes what is myth and how it relates to our world today. The director Joyce Henderson elaborated saying, “Myths are spiritual guide posts to lead more successful or more fulfilled lives. And that’s what Sam Shepard writes about. What is the myth of the True West?”