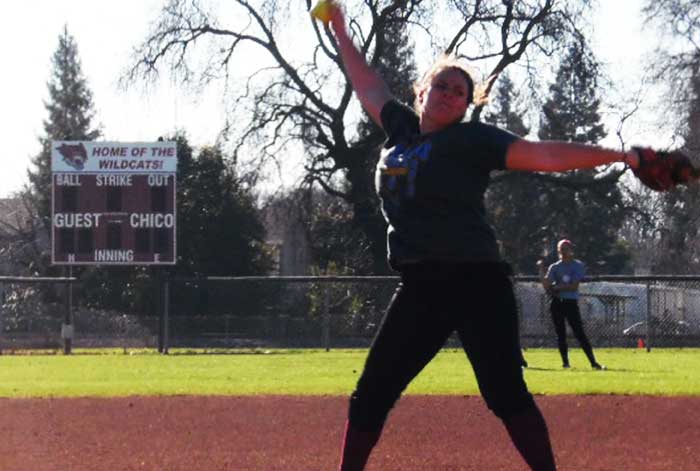 The Chico State softball team kicked off conference play by splitting a double header against Cal State East Bay to start a four-game series at University Softball Field on Friday.

The teams combined for 34 hits on the day as the Pioneers won the opener 10-5, before the ‘Cats prevailed in the nightcap, with a final score of 4-1.

With the split, Chico State moved to 4-2 on the season and share fifth place in the California Collegiate Athletic Association conference.

Leading the ‘Cats on offense was senior Emily McEnaney and sophomore Tori Zimmerman. Each ended the day with a home run and four hits. Zimmerman finished with three RBIs.

The Pioneers jumped out to a quick lead in the morning game, scoring five runs in the second inning. They extended their lead in the fourth inning bringing the score to 7-1.

Chico State clawed back to within two runs in the bottom of the fifth, before Cal State East Bay ended any chance of a comeback with three runs in the seventh inning.

Gabby Gonzalez gave Cal State East Bay a 1-0 lead in the second inning of the nightcap with a solo homer. The mistake pitch was one of the few errors starting pitcher Brooke Langeloh made on the night.

Langeloh picked up her fourth win of the year with a complete game posting a three-hits and five strikeouts performance.