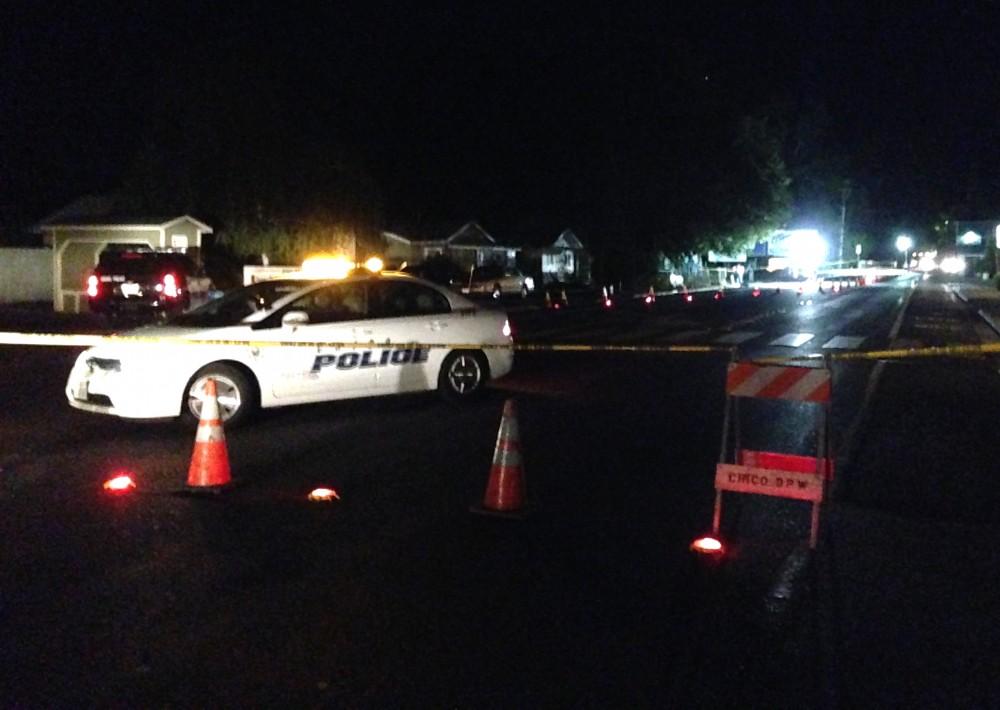 A 21-year-old Chico State student is in critical condition after being struck by a car while riding her bicycle on 300 block of Nord Avenue, according to a Chico police press release.

Kristina Chesterman, a senior nursing major, suffered life-threatening injuries after being struck shortly before 11 p.m. Sundaynight and was transported to Enloe Medical Center in critical condition after the police arrived to the scene.

According to press release, the suspect, Riley Hoover, a 19-year-old Chico resident, was believed to have been intoxicated and fled the collision scene after striking Chesterman. After fleeing the scene, Hoover was involved in another collision at the 700 block Nord Avenue, where officers arrested him on suspicion of driving under the influence and fleeing a crime scene.

Chico Police Sergeant George Laver said that Chico police received the call regarding the collision at 10:54 p.m. and responded to the scene at the 300 block of Nord Avenue.

“The bicyclist was riding on the right hand edge in the bike line going northbound on Nord Avenue,” he said. “The vehicle crossed into the bike lane and struck the bicyclist from behind.”

Officers were able to determine that Chesterman was dragged on the hood of Hoover’s GMC SUV for 100 yards from the initial impact and the bicycle became lodged under the car and dislodged 200 yards after the impact, according to Laver.

The officers on the scene saw Chesterman was having trouble breathing and had significant head injuries. Paramedics arrived immediately.

“They initially told us she was in critical, pretty grave, condition,” Laver said. 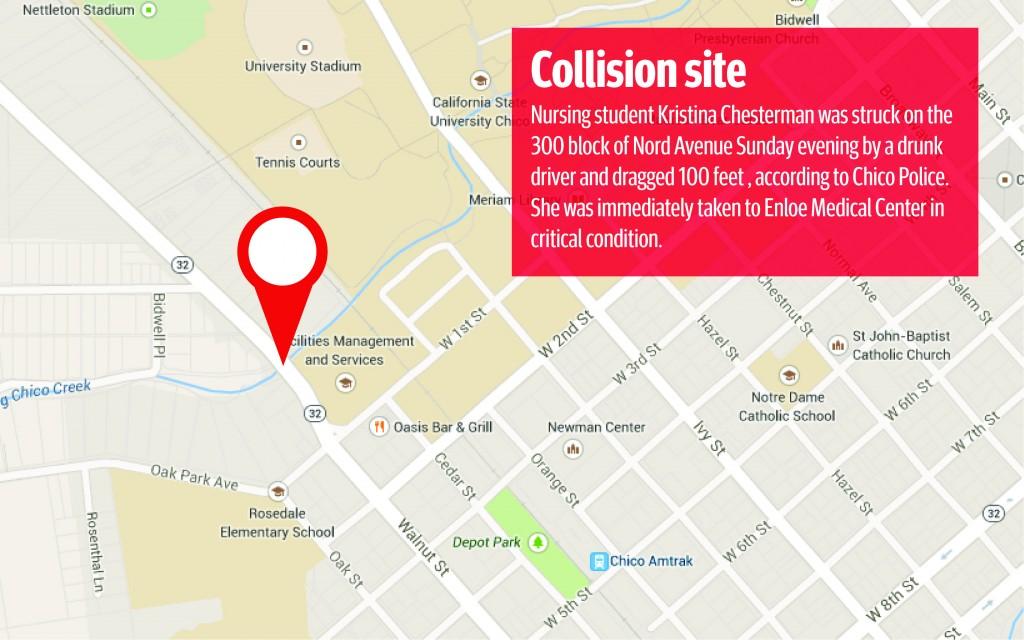 Christina Chavira, a spokesperson for Enloe Medical Center, said that Chesterman is in critical condition as of Tuesdayafternoon, the most severe classification the hospital is allowed to disclose.

A candlelight vigil for her recovery was held outside of Enloe Medical Center Monday evening that included about 20 attendees including Chico State nursing students. Friends and well-wishers wrote get well notes on a poster that was later taken to her room.

Adam Wright, a Butte College student, said he became best friends with Chesterman in high school and that she has always loved helping people, one of the many reasons she joined the nursing program at Chico State.

“All of us have just been hoping and praying today about her condition,” Wills said. “It’s a very dire situation.”

Hoover submitted to a blood test and is currently being held at Butte County Jail where he is being charged with two felonies: hit-and-run resulting in death or injury and driving under the influence causing bodily injury, according to the Butte County Sheriff’s office. His court appearance is scheduled for Sept. 25 at the Butte County Courthouse. His bail has been set at $260,000.

Ernesto Rivera can be reached at [email protected] @ernestorivera on Twitter.