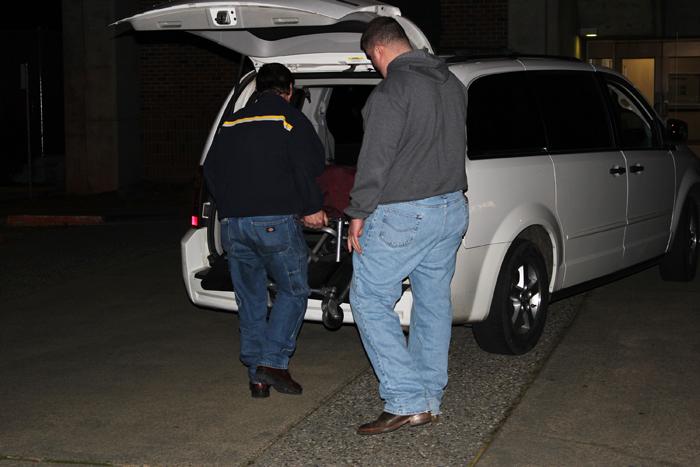 The body of an individual discovered dead in a seventh-floor office in Butte Hall is removed from the Chico State campus. Photo credit: Caio Calado

The body of a deceased Chico State faculty member was discovered in a seventh-floor office in Butte Hall Monday evening.

Emergency vehicles arrived on the scene at about 7 p.m. Fire personnel informed The Orion that a body had been discovered by a janitor in office number 716.

“We had a medical emergency call earlier this evening,” Hearne said.

She added that campus officials had “no reason to investigate further at this point.” A coroner has been called for further assessment.

A message posted on the official Chico State Twitter account indicated that no foul play was suspected. University officials have not yet confirmed the identity of the professor.

The Orion will have more details as they become available.

Dylan de Wit can be reached at [email protected] or @DylanTdeWit on Twitter.