Legalize it… as in everything 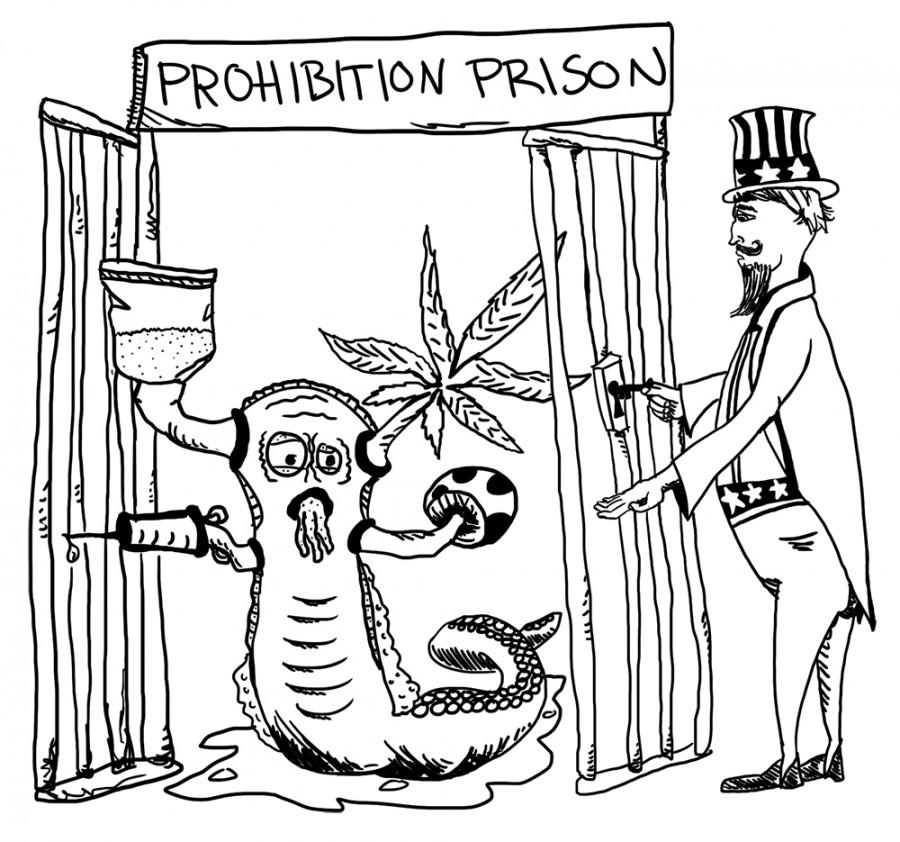 First of all, I want to say I’m a criminal justice major and the American legal system is mostly bogus and its harsher consequences on the impoverished are a tragedy.

The philosophy behind law is that people give up absolute freedom for a system that protects them – namely, life, liberty and property. By living in society, you agree to abide by certain restrictions, for an ultimately utilitarian perspective. That is your contract as a citizen.

Yet utilitarianism is largely incompatible with America’s ideals, partially because of our diversity. We don’t get the greatest good for the greatest amount of people, we get benefits for those already advantaged and punishments for those trapped.

And the greatest treatment disparity in criminal justice is drugs.

I presented the idea of legalizing all drugs and victimless crimes (e.g. prostitution, gambling, hustling, mala prohibita) in my political science class last semester expecting vocal retaliation and disagreement. I expected to feel like Oppenheimer after inventing the atomic bomb. Can I take it all back, guys?

Instead, my speech was met with general agreement. I think that not enough people are thinking about the lifting of prohibition, but a lot would agree with it, based on Western ideals of freedom and equality.

Most people pretty much know they shouldn’t have a right to decide what other people can and cannot do.

Even if applying consequentialism to legalization, the goods from legal cocaine, methamphetamine, opiates, marijuana, heroin, psychedelics etc. are overwhelming.

It would eliminate the black market, significantly lower incarceration rates and drug prices and change the anti-drug stigma. Probably a few generations from now, everybody’s going to be libertarian anyway.

In addition, our schools would adopt better drug education that could teach proper techniques and responses to accidents.

Yet many illegal, highly-scheduled drugs yield questionable danger. Everyone knows by now that marijuana is illegal because of early 1900’s racism and special interests groups’ subsequent interference.

The role of partisanship in prohibition is frankly distasteful. Outlawing is hardly about safety. If that were true, flamethrowers, miniguns, thermite and tobacco would be illegal. Shit, even alcohol would be banned, serving no household medical purpose and only endangering human lives.

Pot lowers your sperm count but having sex while high is bomb.

I used to write raps with a dude in my hometown. One time I visited and his stepfather was passed out on the couch, tourniquet still around his arm, needle likely still nearby. There was a young girl around five-years-old playing with Barbies in the next room.

This is the result of poor drug culture. This is what happens when drug education fails to teach safety in the event of real-world encounters — with hard drugs and with people on them. This is enabled by American policies.

The nation as a whole is going to realize that to make things better, the war on drugs has to end and education has to start, and then legalization.

And to any future employers reading this, I haven’t done any more drugs than your son or daughter has.