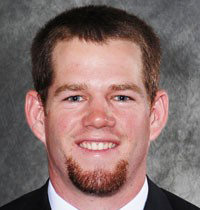 The Chico State men’s golf team allowed a rough 14-over final round to drop them from third to fifth at the Sacramento State Intercollegiate at Valley Hi Country Club, on March 10-11.

The Wildcats finished at 23-over par, better than 11 Division I teams overall.

In a tournament field filled mostly with Division I golfers, junior Lee Gearhart finished fifth at even par while his teammate, junior Alistair Docherty finished tied for seventh at two-over par.

Docherty is now the 15th ranked NCAA Division II men’s golfer according to Golfstat.com and, Gearhart is close behind at 18th.

Junior Justin Wiles, who entered the final round tied-for-sixth at one-over, had a rough back nine on Tuesday and shot seven-over par and finished eight-over for the tournament, tied for 28th.

Playing as an individual, first year golfer Colby Dean shot a 72–his collegiate best–to tie his teammates at 72nd.

Chico State returns to the course on March 23-24 at Eagle Glen in Corona for the California Baptist Invitational.