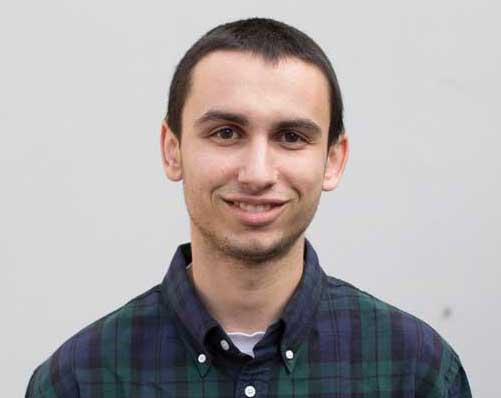 “Lemonade, lemonade like grandma made, mmm mmm good, come and get it” said seemingly every lemonade vendor at spring training in the Cactus League in Phoenix.

I remembered hearing it at a Giants game the first time I went in 2011, but this year I heard it at three different stadiums in three days.

For spring break this year, my parents and I crisscrossed the Phoenix area going to baseball games and spending time with my little sister, who attends the University of Arizona.

As soon as we landed in Phoenix and spent 40 minutes getting a rental car, we drove straight to Maryvale Baseball Park, the home of spring training for the Brewers. My sister joined us midway through the third inning.

The Cubs grabbed control of the game early, scoring eight by the fourth inning as the Brewers pitching staff struggled with control, issuing walk after walk.

Aside from having to pay $7 for beer, the stadium was nice, similar to the Triple A Sacramento Rivercats stadium. With seats in the shade behind home plate for less than $30 — what more could I ask for?

The game ended up as the fourth-most attended game in Maryvale Park history as the Cubs won 10-5.

My mom is the only Dodger fan in the family. Everyone else is a Giants fan. Which means having the Giants win so many World Series recently has been rough.

So getting to see her childhood team while we were on vacation had to happen.

The Dodgers share the ranch with the Chicago White Sox and aside from the stadium we were in, there are 12 other practice fields on the facility grounds — very impressive indeed.

Despite some of the strange looks my dad and I got walking around in Giants gear, it was another beautiful sunny day of watching baseball.

My mom was happy seeing the Dodgers come back on the strength of three home runs, including a Darnell Sweeney grand slam in an eight-run eighth inning to win 10-5.

I almost made us miss the game of our favorite team, the reigning World Series Champions.

I have Type 1 diabetes and the night before the game, my blood sugar skyrocketed. I spent the night sick in the bathroom, trying to get it back down.

Once we got to the game, things weren’t going much better for the Giants than the night before had gone for me.

World Series MVP Madison Bumgarner gave up one run and three hits in two innings before exiting. Brandon Drury of the Diamondbacks homered, doubled and drove in three runs and also was hit by a pitch.

The Diamondbacks wound up winning the game 10-0 as the Giants only got five hits on the day.

Three baseball games and one semi-ugly round of golf in four days? Great memories in the sun. Even if the Giants got smoked, and the Dodgers pulled out a win, I finally saw the Milwaukee Brewers traditional Sausage Race in person.

Sign me up to do it again next year, mom and dad.