Wildcats give up 3 games to L.A. 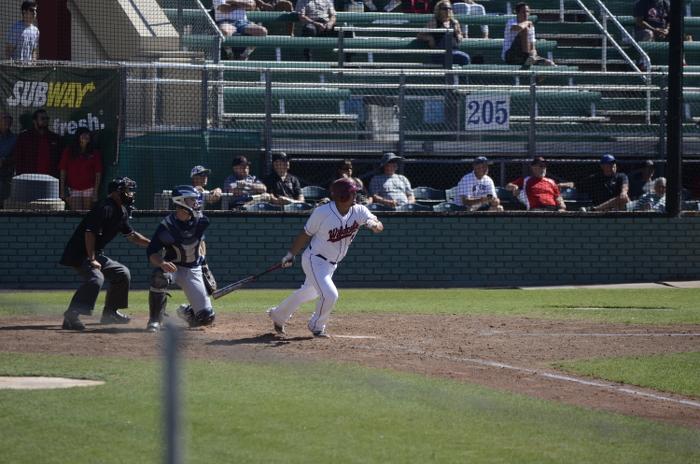 Senior third baseman Dylan Garcia hitting the ball against the Otters on March 27. Garcia was a perfect 4-for-4 against the Golden Eagles last Saturday. Photo credit: Ryan Pressey

The game started out close with the first inning ending with the Golden Eagles leading by one run over the Wildcats.

The Wildcats would only score one more run in the fifth inning for the rest of the game.

The seventh and eighth innings sealed the victory for the Golden Eagles as they scored three runs turning a 4-2 game into a five run lead, 7-2 over the ‘Cats.

The Wildcats started sophomore right handed pitcher Clayton Gelfand whose season ERA is now 5.09 after the loss to the Golden Eagles. Gelfand gave up eight hits and five earned runs.

Only four players in the Chico State roster were able to get a hit against the Golden Eagles.

Senior third baseman Dylan Garcia stood out with four hits on four at bats in the game including two doubles.

Chico State left 12 runners on base and missed scoring opportunities that could have helped the Wildcats stay in the game.

Lars Gustafson can be reached at the [email protected] or @larsonsports on Twitter.