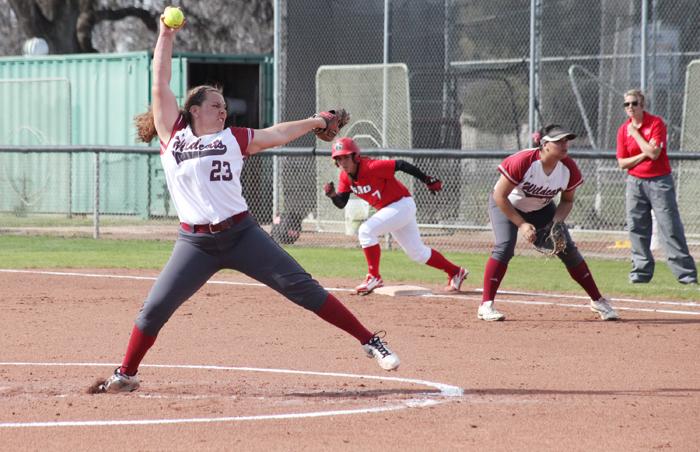 Freshman pitcher Haley Gilham launches the ball at the Chico State softball field in a game against University of Hawaii on Feb 12. Photo Credit: John Domogma

On Saturday afternoon the Wildcats faced UC San Diego in a double header. The ‘Cats went 1-1 losing the first game, 6-8 and bouncing back on the second game to win, 3-1.

The game went into the tenth inning, junior utility player Ashley Huff scored first for the Wildcats after Tritons freshman outfielder Kendall Baker made the first run in the game.

The Wildcats and the Tritons were tied in the seventh inning with six points each. In both the eighth and ninth inning the teams were unsuccessful. Until the tenth inning.

Going into game two, there was not a lot of scoring going on.

UC San Diego scored its only point for the game in the second inning. While the Wildcats scored its first point in the fourth inning.

Julie Ortega can be reached at [email protected] or @julieOrtega_ on Twitter.