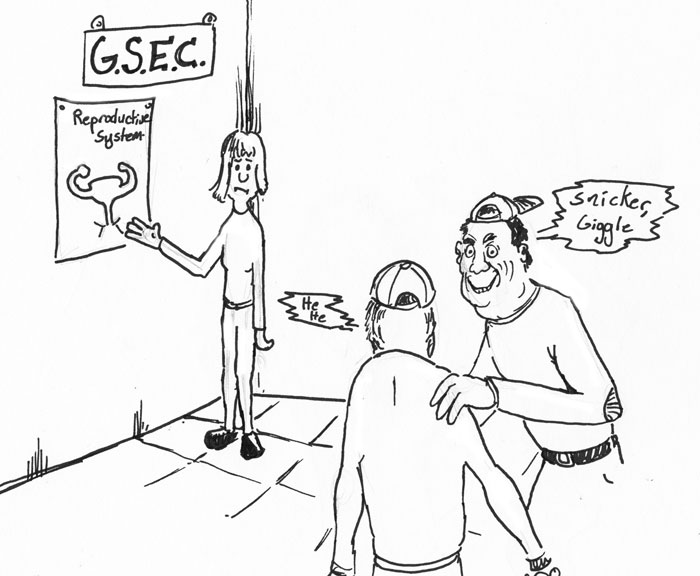 There has been a rapid realization in higher education that learning experiences do not always occur in the classroom. This is particularly true with diversity issues.

While this may cause a few of my peers to be angry with me, I don’t think faculty should be giving extra credit for attending diversity events. Attendance at these events should be mandatory and part of the syllabus.

Two of my creative writing classes included the requirement of attending literary events. Not optional — required. This didn’t turn out to be a burden. In fact, I learned a few things from those authors that I applied to my writing.

Granted, some students come to events to authentically learn about a topic that may be new or interesting to them. Sometimes attendance is to support a peer or a cause. The student who is engaged with a diversity event is participating in the conversation, asking questions, maybe taking notes, but always with eyes open and to the front.

Invariably, there are students who come to diversity events just for extra credit. And they are easy to spot.

Usually in the back of the room. Usually texting. Usually whispering, giggling and generally not paying attention. Usually rolling eyes. Usually poking or hitting another student in the same situation. Usually sighing a deep, heartfelt plea to be anywhere else, even back in a professor’s lecture.

A half to full page of information overheard at the event will be drafted, typed and turned in, without a second glance or a single care being given. Ten bonus points given that wouldn’t be necessary if the work of the class had been done.

I remember going to a sex-positive workshop that the Gender & Sexuality Equity Center had put on. The center had brought Dr. Carol Queen up from the Bay Area. During her presentation, she was literally giving step-by-step directions on how to locate the clitoris.

As a gay man, it was interesting. But it’s not like I’d be putting that into practice anytime soon. However, what both fascinated and disappointed me was that so many of the young men in the room were texting, poking one another and pointing at her presentation, giggling and generally not paying attention.

I don’t know about them, but if I was straight, I would have been taking notes.

Imagine what would happen if students attended diversity events like the ones offered on my campus and attended as authentic learners and not as someone who wants it done with to type up 500 words and then sleep.

But sometimes the only way to gets butts into seats is to offer a bribe.