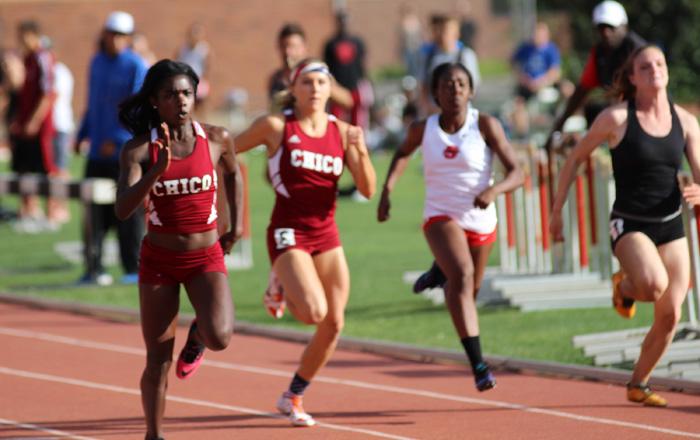 The Wildcats track and field teams had yet another successful meet with plenty of excellent performances in the Chico Distance Carnival and the Chico Twilight Invitational.

The invitationals kicked off on Friday starting with the distance carnival. Long distance runners from the men and women’s side competed in the event.

Senior Bailey Henshaw on the women’s team competed in the 800-meter where she got the fastest time ever ran at the University Stadium taking Olivia Watts record. Henshaw’s time was a 2:09.

In the 5,000-meter race, sophomore McCall Habermehl placed second in her event with a time of 18:02.

On the men’s side of the long distance carnival, the men had great marks in the 800-meters as well.

First year Kyle Medina took home second in the 800 meter run with a time of 1:53.

Medina made the race his for the first lap and half, but broke down towards the final stretch leaving him with the second place.

The ‘Cats did not compete in that many events in the distance carnival.

The event concluded on Saturday with the remainder of the team taking on the Twilight Invitational.

No school records or NCAA qualifying marks were made by the ‘Cats.

Senior Ashley Jones took home first in the 200-meter 24.99 which is her personal record. Jones went on taking another first place finish in the 100-meter with a time of 12:03.

As for the field events, sophomore Brooke Whitburn won first in the triple jump, and third in the long jump.

The men’s team grabbed the audience’s attention by being presented Saturday night with Webb Cup award for their decathletes.

Setting the bar high for the night, senior Sean Goetzl is now tied for forth in the all time lists for the 110-meter hurdle race with a time of 14:57.

Junior Tristan Lake won the 400 meter race with a time of 52.59 improving his NCAA provisional mark.

Falco DiGiallonardo came out gaining a provisional mark for the 1500-meter, along with winning the race.

Topping of the night, the men’s 4×400 team once again took over and came in first place in their event.