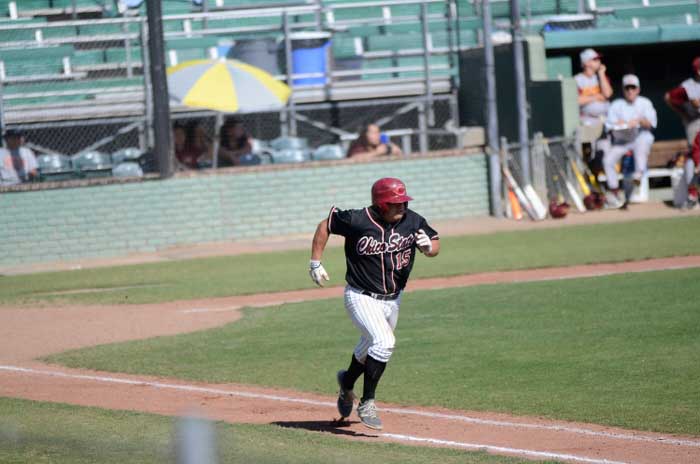 The Chico State Wildcats struggled on offense and defense during a 10-2 loss in Turlock against Cal State Stanislaus.

With only six hits and 14 base runners left on base, the ‘Cats only scored two runs in nine innings of play. The Wildcats first scored in the 5th inning with a single up the middle by senior outfielder Danny Miller to make the score 7-1.

The only other offense for the ‘Cats was a late run in the 8th inning with senior infielder Gordon Deacon pinch hitting a single into left field for the only other run of the day.

The Wildcats put seven different pitchers on the mound by the end of the game.

Senior right-handed pitcher Robert Hook got his first start of the season and gave up six earned runs before being pulled for a variety of other pitchers.

The only other pitcher with significant playing time with three innings pitched was junior right-hander Torgen Soderfund. Soderfund gave up three hits and one earned run by the time he was done in the game.

The Wildcats have two three-game series remaining this year with a 14-18 record in conference play. The ‘Cats will go to San Francisco this Friday for the first series against the San Francisco State University Gators.

Chico State men’s baseball will finish the season at home in the final series against California State University East Bay with three games at Nettleton Stadium the following week.

Lars Gustafson can be reached at [email protected] or @larsonsports on Twitter.