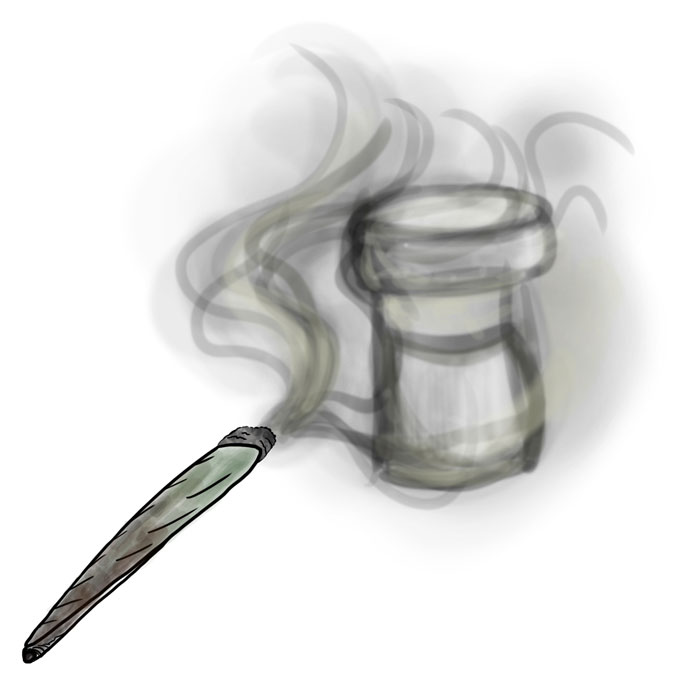 Readily available, cheap and less intense than other drugs, marijuana popularly exposes abstinent bodies to a state of being high for the first time.

The gateway drug theory simply states that the use of less harmful drugs often leads to the future use of more harmful drugs.

This theory is difficult to disprove as most hard drug users try smoking pot first.

A person who smokes pot is 104 times more likely to try cocaine than a person who does not, according to the National Institute of Drug Abuse.

Humans have predispositions. Different personalities are more prone to addiction than others, and genetics may cause someone to inherently abuse substances.

The institute’s website indicates that “Factors besides biological mechanisms, such as a person’s social environment, are also critical in a person’s risk for drug abuse.”

So a gateway drug like marijuana is not the sole reason addicts end up abusing harder drugs. The simple act of toking a joint is unlikely to make someone suddenly crave heroin. Life circumstances play a significant role.

But anyone who believes that marijuana use is not a risk factor for the subsequent use of harder drugs is missing the bigger picture.

Smoking weed contradicts what students have always been taught — drugs are bad. When it becomes apparent that not all drugs are as harmful as adolescents are taught (marijuana has its proven benefits), the gate is open for experimentation.

Drugs have a notoriously negative connotation, yet doctors prescribe patients marijuana to cure insomnia, lack of appetite, anxiety and other symptomss. Recreationally, the state of being high liberates the mind of anxiety and primes the mind for deep cognition and creative thinking. People can learn a lot about themselves and a lot about life.

Weed has always been coined a drug, but schools rarely teach students that there is a middle ground — drugs can have a positive affect. When a drug like weed suddenly seems to have positive, insightful effects, the realization that other drugs might have positive effects sets in.

As a result, some people grow curious about other drugs they had been previously warned about.

Hopefully users acknowledge the risk factor of the substance they are playing with. Drugs do cause harm to the body and brain.

Just as some people are genetically predisposed to addiction, some people inherently have no problem with self-control. The latter could bump a line of cocaine or swallow a Vicodin and have no desire to do it again, just as they could smoke pot from a pipe without later craving marijuana.

Cannabis may not be a gateway drug for everyone, but it is for some.

Gateway drugs do not always lead to experimentation with the most illicit drugs, but any drug is harder than pot.

Weed is a gateway drug in the sense that many people who try it are generally more open to trying other drugs, whereas before smoking weed they were uninterested.

This does not mean everyone who tries marijuana eventually evolves to abuse highly classified substances.