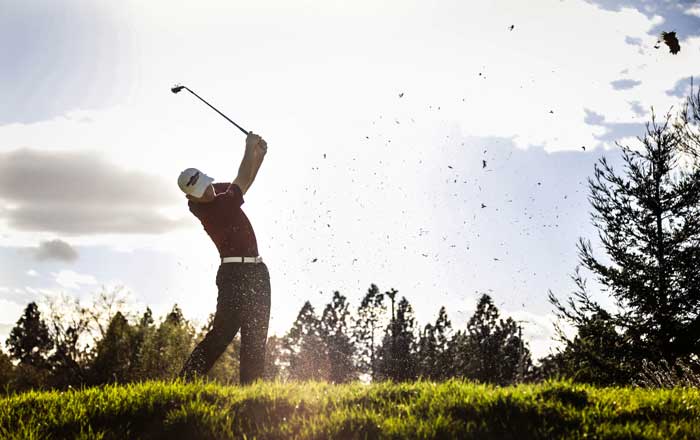 Ranked fifth in the nation — check.

Second in the west region — check.

Since the 2009-2010 season, the Wildcats have produced top-five finishes in 59 of 69 tournaments, and head coach T.L. Brown credits recruiting as one of the keys to building the team’s success, he said.

Chico State is currently fifth in the national ranking, but Brown is more focused on the team’s regional ranking, because it is how teams will be paired up in the NCAA Super Regional on May 4-6.

“We are really focused on getting better as players and as a team and playing our way into a position to win,” he said.

Chico State is currently ranked No. 2 in the West Region.

The success the ‘Cats have had can be measured by their core group of golfers.

“We have had the same three guys — Alistair, myself and Justin — and we always have three good scores,” said Lee Gearhart, a junior business major. “It has led to our consistency.”

Golf is the only sport at Chico State where athletes play both in the fall and spring, so dedication is key to success in the sport, said Alistair Docherty, a junior kinesiology major.

“We don’t believe in offseasons, so over the winter break we all worked individually on our game and made sure we kept up in good fit form,” he said. “And just practicing in general.”

Heading into the final rounds in the last three tournaments, the ‘Cats have been on the outside looking in at the top five, but know that they are never out of it, Docherty said.

“There is no giving up,” he said. “We always fight to the end. In the last couple tournaments we have come from behind,” he said.

With the conference championship coming up Monday through Wednesday, the main goal right now is bringing another banner back to Chico State, Brown said.

“Everyone’s got to work hard, stay motivated, and the team has to gel and get confidence,” he said. “I’m just focused on right now and trying to bring that conference championship home next week.”