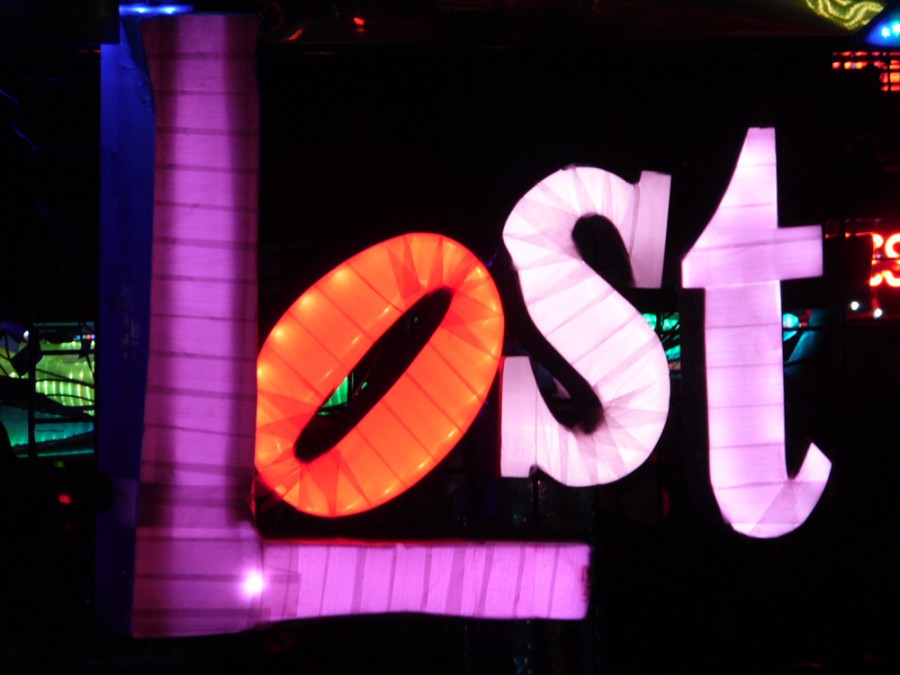 Lost On Main somehow managed to transform into a time machine and travel back to the ’90s for a less-than-fantastic voyage on Friday night.

People of all ages (from 21 and up) and backgrounds flocked to see Coolio perform his once monstrous hit songs. The results were both disappointing and rousing, creating a perplexing evening of nostalgia.

By the time he dramatically took the stage at 12:30 a.m., the crowd was drunk with eagerness or just drunk (the difference was hard to tell) and so ready to get down to some OG rhymes.

At first, it was great. Seeing his trademark braids peeking out from his hat, his “I wear my sunglasses at night” coolness and closely interacting with the fans as he rapped with enthusiasm really set the tone for how the show was going to go.

By the time he got into “Fantastic Voyage,” it was clear that the man was mumbling through most of the lyrics and not even bothering to deliver some of them. Whether he lost his breath, forgot the words or just didn’t give a damn, it was dispiriting.

There were several instances where songs were either cut short (which may or may not be blamed on time restrictions) or the crowd was expected to do some of the work by singing along with the music themselves.

It kind of backfired though since half of the people were probably still in diapers when Coolio won his Grammy in 1996. They couldn’t be held accountable for not knowing the lyrics to any of his songs — even the famous ones.

When he wasn’t going through the motions of rapping, he was talking about who knows what. The mumbling spilled over into whatever stories he was trying to tell intermittently throughout the set.

Of what could actually be heard, he asked men in the crowd if they were part of the BDF (big dick family) and hit on women before launching into a song that seemed to blatantly and irresponsibly perpetuate the “lazy black American” stereotype.

Another unfortunate tune was one that had the words, “Make sure you wash your hands before you play with the pussy.” It was crude enough by itself, but he pushed it a little further when he decided to stop in the middle of it and give a public service announcement about yeast infections leading to bacterial infections leading to “infection infections.”

Thanks, Coolio, but women are pretty much in the know about that one. No need to bring it up when they’re trying to get their swerve on with the cute guys next to them.

After “pussy” was talked and sung about a few times (because it’s Coolio’s favorite word, according to his mouth), he began wrapping up the show with what the people were waiting for.

He launched into “1, 2, 3, 4 (Sumpin’ New)” and the room went bonkers. Everyone, no matter where they were standing, started to bounce to the beat and belt out the chorus (as much as they knew). The high energy must have affected Coolio also because it certainly appeared like he was enjoying himself as he slid around stage.

In that moment, the whole place was as one, and it was spectacular.

Then, without warning, the sound of gunshots echoed through the speakers and Coolio ran off stage and dove behind the bar.

Surprising, but a fitting intro to “Gangsta’s Paradise.” Especially, when three bouncers aggressively carried off a patron who got a little too close to the rapper.

That was another moment when the show reached an awesome level and the ’90s were alive again.

Once the song was over, Coolio gave a nice shout out to Chico and bailed, leaving behind Jarez to end with a killer sax solo. It was a good way to call it a night.

Now, onto the other aspects of the night besides the main attraction.

Jarez. This guy was on stage with Coolio the entire time and proved to be a true asset. He could sing, play saxophone and carried Coolio through some of the shaky spots.

The opening acts were not as impressive, unfortunately.

HowFlyy and Chain Gang both looked like they were having fun, but came off as ill-rehearsed and disentranced.

Things got interesting when The Vibe Tribe took the stage with Esquire Ali. They were rockin’ up until the whole band got kicked out of the venue mid-set. Something to do with Ali not being able to keep his shirt on caused a problem, apparently.

Add that ruckus to some guy being arrested out front for tackling bouncers ,and it became difficult for The Maker’s Mile to hold the place’s attention, even though they were solid, which was a shame. They deserved more.

While the whole night wasn’t all that or the bag of chips, it was still a thrill to watch a prominent figure in rap history perform and see some crazy random antics from others ensue.