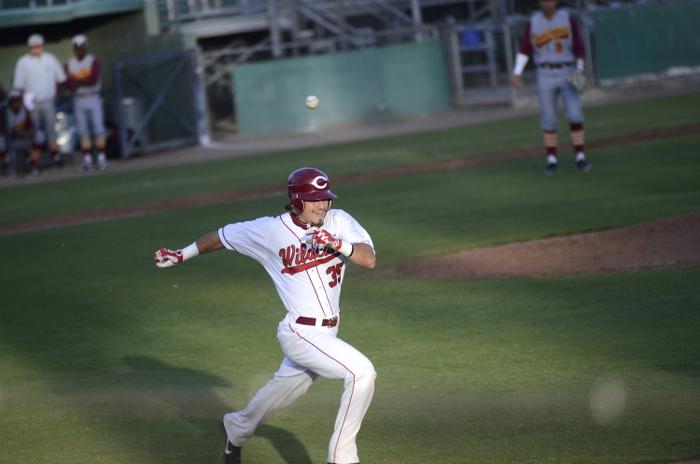 Chico State men’s baseball team took on San Francisco State University in a doubleheader on Saturday after a tough loss the night before.

The team won both games in the doubleheader which extended their record to 17-21 on the season.

The Wildcats struck first in the top of the second, when junior catcher Cody Bistline singled to center field, which drove in first year third baseman Cameron Santos. It gave the ‘Cats a 1-0 lead.

Chico State tacked on another run on the scoreboard in the top of the seventh. Bistline earned his second RBI of the game when he singled to left center that brought in junior right fielder Andrew Carrillo. That stretched the Wildcats lead over the Gators to 2-0.

The Gators shrunk the Wildcats lead in the bottom of the ninth, but the ‘Cats held it and won game one, 2-1.

The first run of the game came in the bottom of the second, when Gators second baseman Joseph Chedid earned himself an RBI with a ground out, which brought in first baseman Garrett Heisinger. The Gators took the lead over the Wildcats, 1-0.

The Gators extended their lead in the bottom of the fourth when third baseman Matt Vera bunted down the third baseline, which scored Heisinger. That gave the Gators a 2-0 lead over the ‘Cats.

The Wildcats had their best opportunity to blow open the game when the bases were loaded in the top of the sixth, but only came away with one run, which narrowed the Gators gap to one. The run put the ‘Cats on the scoreboard and made the score 2-1.

The Wildcats tied the game at 2-2 in the top of the seventh, when junior catcher Cody Bistline doubled and brought in senior second baseman Gordon Deacon.

The ‘Cats scored in the top of the ninth when junior third baseman James Hatano singled to left field, which drove in senior first baseman Dylan Garcia. That gave the ‘Cats the lead over the Gators, 3-2.

The Wildcats held the 3-2 lead over the Gators and won both games in the twin bill.