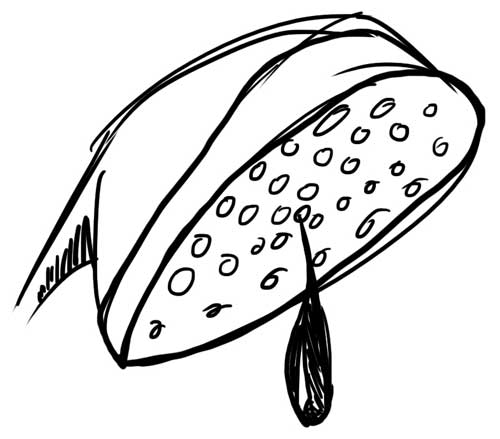 Water. Everyone needs it, but the privileged still abuse it.

Coming from an upper middle-class, suburban family, I was no exception. But considering California’s current circumstances, even I am shortening my showers.

The way I see it, adults today won’t bear the full burden of the drought. College students are the future. If the drought prolongs, it is they who will face the consequences.

Yet ignorance, like a bubble bath, has always been bliss.

It is easier to ignore repercussions of Californians’ wasteful water use than to change wasteful habits.

When landlords stop sprinkling tenant’s lawns, when farmers are forced to ration water for crops, when ranchers have to sell cattle because they don’t have enough grass to feed the herd, students should notice.

Students should notice when their grass is no longer green, when groceries are less abundant.

When California’s thirst becomes the talk of the town, students should listen and absorb it.

Instead they still reach for their infinitely damp towel multiple times a day to dry the dripping water from flesh so wet it’s pruning.

I have a roommate who is oblivious to California’s thirst. Last time he saw the inside of the Wildcat Recreation Center was at orientation three years ago. He perspires most often on his keyboard, yet he showers two or three times daily.

For his lifestyle, it’s unnecessary.

As a child, I would wait for my parents to start snoring. On tiptoes, I’d sneak upstairs where the water dripped quietly. There I would take an extralong shower sitting on the tile base of the tub with hot water massaging my skin. I may have even dozed off on occasion.

Showers are awesome. I admit it.

But I grasped the seriousness of droughts in 2009 when my dad wouldn’t allow us to flush the toilet after urinating.

When the governor declares a drought State of Emergency, I’d say circumstances are pretty dire.

Chico State has made considerable changes in water use on campus and at the University Farm. Students are becoming more aware of the unprecedented drought. Some even seek out new ways to conserve.

But many students still pretend as though the drought doesn’t affect them.

Slip ‘N Slide parties are a refreshing idea when water is plentiful.

Slip ‘N Slide parties on Cesar Chavez Day during an unparalleled drought in an agricultural town where people depend on water for produce to grow is impudent.

Miles Inserra can be reached at [email protected] or @m_inserra on Twitter.