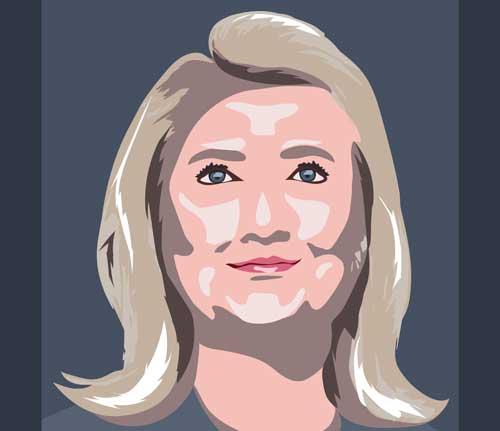 Before deciding I’m just another overly opinionated feminist who lacks academic merit, let me explain the reasoning behind my prediction.

It was recently brought to my attention that history can only be recognized when a specific movement has come to an end. Eras come and go, only to be remembered as generational landmarks in time.

I can’t help but wonder what historical contributions my generation will be remembered for. A simple Google search on “today’s generation” yields multiple suggestions about our place in history.

The impression has become that today’s youth is nothing but a lost generation, essentially having no intrinsic value to human advancement other than to procreate in hopes of producing a superior generation.

Although I do think millennials are lacking in some aspects, I have to disagree and would argue that today’s youth has the potential to be one of the most historically influential generations to date.

Millennials include people born anywhere from 1980 to the mid-2000s. Although highly criticized and relatively denounced thus far, official White House records refer to this generation as the most diverse and educated to date.

So why so much scrutiny toward the blossoming generation?

Existing criticisms fail to take into account the one factor that leaves room for debate: the unknown. The fatal flaw in these arguments lies in the incorrect assumption that the millennial generation has missed its window of historic opportunity.

I have reason to believe that we are on the cusp of our generation’s historical brilliance. To suggest that an entire generation is neither useful nor competent is the result of ignorance and a lack of patience.

Most millennials have just begun their careers and according to the Council of Economic Advisors, “will be an important engine of the economy in the decades to come.”

Our qualifications alone allows for a multitude of potential. Not only are millennials the most educated generation in history, but a large portion of that development is attributed to the increase in women’s participation in higher education.

We have emerged as a unique and diverse generation with educated opinions and an urge to be heard.

We have already made major advancements toward social development that will help lead us away from traditional views.

Obama’s presidency will undoubtedly go down in history as one of the most influential statements about our nation’s stance on equality.

Similarly, Clinton’s predicted election will serve as yet another significant statement about our country’s aim toward change and equal opportunity.

Regardless of their contributions, their true significance lies in the statement being made by their presence in power. Both figures serve as a symbol of our nation’s hopeful transition.

That being said, we are seeing a shift in the traditional approach to U.S. development. Our generation is focusing less on political and economic development and more on human and social development.

This shift is the result of a weary and dissatisfied society determined to have its voice heard.

Clinton’s election will not only assist in getting that voice heard, but it will also help break down walls that will lead us toward becoming a more accepting and satisfied society.

We are in the midst of history in the making and are simply unable to recognize it because it has yet to come to an end. If my assumptions are correct, Clinton’s election will serve as a catalyst for a much-needed movement toward change and equality.

A movement that I believe will stand as a representation of our generation’s significance in time.

Sophia Xepoleas can be reached at [email protected] or @soph_mxx on Twitter.