Students and swearing: The normalization of cursing like a sailor 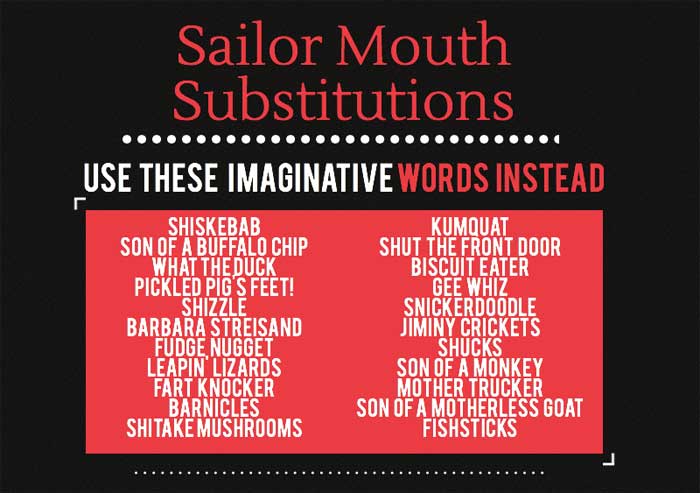 By the time students reach college, they may have incorporated more than the Webster’s word of the day into their daily vocabulary, and moreso the graphic versions of “fudge,” “shoot” and “gosh darnit.”

However, some Chico State students have noticed that the swearing phenomenon has become more of a social norm.

Derek Keeley, a junior journalism public relations major, grew up hearing curse words but was told to not use them himself. In the fifth grade, he and friends would use them because they felt like rebels, he said.

“I grew up hearing swear words from the media, my parents, friends and who-knows where else, but I was told not to use them,” Keeley said. “It wasn’t until I was older that I really understood the meanings.”

Subconsciously, students seem to have learned when and where it is not appropriate to use this type of language. There is a time and place for everything, Keeley said.

“Would you write a research paper the way you talked with your friends? Probably not,” Keeley said. “Kind of similar in that we’re comfortable swearing between friends, but in professional settings that section of my vocab is turned off.”

Colten Kleis, a junior communication design major, also knows when it is time to switch off the potty mouth.

“I know better than to say those words in front of my grandparents, young children, public places and in restaurants,” Kleis said.

Curse words today can be heard when someone is sad, hurt, in pain, excited, frustrated or when there is a “WTF” moment, Kleis said.

“My swearing has gotten worse being in college, but I think it’s because the college vibe is much more relaxed than high school when you still live at home,” Keeley said.

Although students may not use profanity in professional settings, the use of that language has proven to show positive results in an appropriate situation. According to a confirmed Mythbusters study, swearing can come with a positive side effect of improving the ability to withstand pain.

The study included a pain-induction technique commonly used by researchers called the cold pressor test. People submerged their arms into ice-cold water until they could not handle it any longer. Pained participants showed that spouting out curse words increased suffering stamina by an average of 30 percent.

Nick Madden, a junior computer animation and game development major, has had moments when profanity has slipped out during conversations when it shouldn’t have. This was not so proud of a moment being around his parents, he said.

“There have been a couple of times I’ve cursed in front of my parents and wished I hadn’t afterwards,” Madden said. “One of which was about a week ago, when I called up my parents and had the typical end-of-the-semester college student breakdown.”

Kleis admits that on more than one occasion he has immediately regretted substituting his G-rated words with R-rated language. Keeley also has been in similar situations, he said.

“We all have had that instance when the F-bomb just flies out of your mouth, and it’s the last thing you meant to say,” Keeley said. “It happens because we rely on them so much that it’s hard to separate them from what we really wanted to say.”

In college today, using profanity may be becoming a social norm because it is more frequently used while around friends and roommates. Once people are comfortable with others, they are more likely to say what they want, Madden said.

“Everyone and anyone swears nowadays,” Keeley said. “I think our generation has much more to worry about than the potty mouths we developed in college”

While there are positive and negative connotations associated with the use of swear words, they have become a part of the social language today in the lives of college students. It is rare to go through a day without hearing a few swear words, Madden said.

“Our generation has accepted these words as an everyday vocabulary,” Keeley said. “As time has gone on, the negative connotations with swearing have vanished from college students’ minds.”

Claire Martinez can be reached at [email protected] or @xoclaire_ on Twitter.