HIV/AIDS: The next generation, part 2 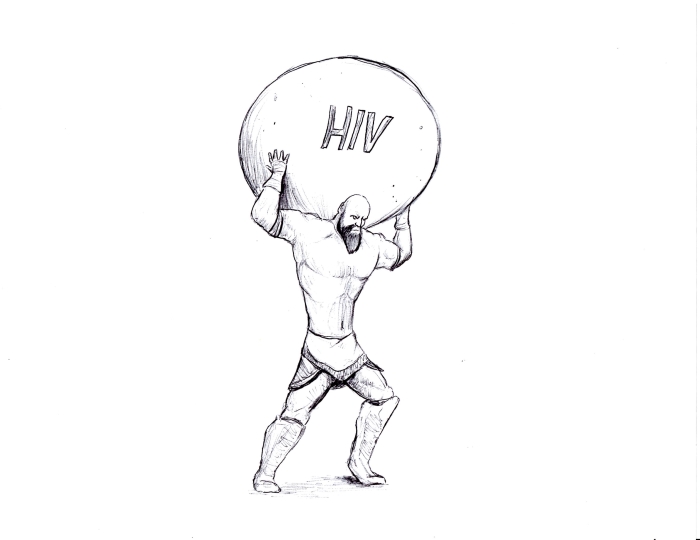 I was born at the dawn of the HIV/AIDS crisis, and I ended up testing positive in 2006. Despite medical advances (part one), the social stigmatization of HIV/AIDS still occurs.

Stigma occurs in a dichotomous duo:

1. The desire by some gay men to become infected or to infect others

2. A paranoid fear of the virus that can almost be crippling

The thing that most concerns me about the stigmatization of HIV is the belief by some gay men that infection is either inevitable or even desirable. It’s called “bug chasing” and “gift giving.”

And no, I wasn’t chasing after the virus.

I’d have figured that with information on HIV/AIDS being readily available on the Internet — and now that medical science has more fully explained the mechanics of the virus — that people would have a firmer understanding of how it is transmitted.

Despite sex education being extremely inconsistent in the United States, I still wouldn’t have expected a guy to want to wear two condoms during sex. The friction between the two latex barriers can actually cause weakening and breaks. It’s more dangerous than wearing just one.

Shame comes in many forms, including internalized shame. This means some HIV-positive people may even stop taking medications and try to reject the fact that they are positive. The Centers for Disease Control and Prevention notes that “only 30 percent (of people with HIV) are successfully keeping their virus under control through treatment.”

I’d have figured that today there would be a greater understanding of the social and medical aspects of HIV infection. It has been 35 years.

I guess people don’t get it until they get it.

The question is no longer “How are you doing” but instead “How did you get it?” The implications I’ve seen and heard suggest that anyone who became HIV-positive from about 1990 to today must be at fault.

That the person who becomes infected with HIV did something wrong. That infection is not the result of an accident, a condom tear or an HIV-positive partner reacting to fear of rejection.

Serodiscordant couples — in which one person is HIV-negative, the other HIV-positive — are a fact in today’s society. I know two couples that are still serodiscordant, one couple of five years, the other of over 20 years. It’s totally possible to not become infected with HIV.

It’s called the body-numbing shock that comes with learning I tested HIV-positive.

It’s called waking every morning and remembering that HIV infection is not a nightmare that can be casually dismissed with a cup of coffee.

It’s called getting sick. Like a bacterial pneumonia that I spent more a week in Enloe Medical Center fighting off with the help of intravenous antibiotics.

It’s called the disclosure to a member of the faculty of a community college and having that professor of physical science scoot to the corner of their office in fear.

It’s called being hounded without mercy about why I take pills at 10:30 a.m. sharp.

It’s called being told I’m brave, even though I just want to live my life and be judged for who I am and not for a virus in my system.

It’s called that second or third date, when everything is going so well, that I have the “HIV conversation,” which is to say I tell him I’m HIV-positive and get called a sick fuck.

It’s called the fear that keeps me from asking a certain student out for coffee because this heart just isn’t strong enough right now to take another risk, another disclosure, another rejection.

It’s called having a soul-deep, gut-wrenching and desperate prayer for a cure so life could return to some semblance of normalcy.