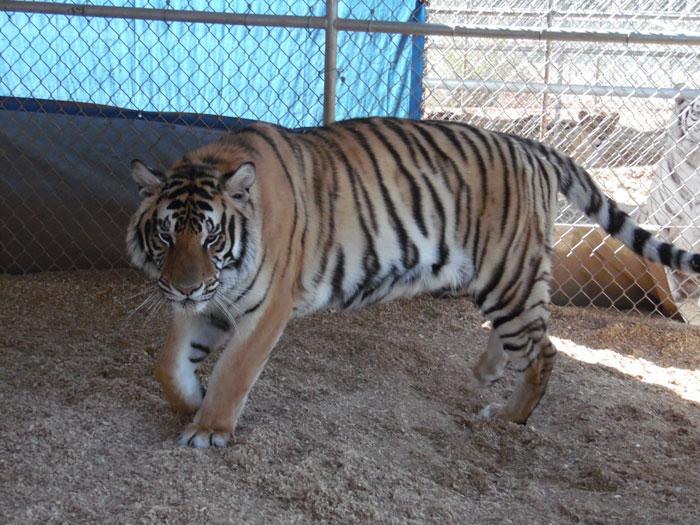 With more than 100 exotic animals from 57 different species, the Kirshner Wildlife Foundation unites Chico with animals from around the world.

Running strictly off donations and volunteer work from community members, the foundation specializes in rehabilitation and housing of animals with special needs. About 80 percent of the animals there need some sort of special care.

The Orion sat down with Roberta Kirshner, owner and director of the foundation, who has been working with exotic animals since she was 8 years old.

How and when did the foundation start?

Where do the animals come from?

I’ve been in the industry and around exotics since I was 8. So everybody knows everybody because we focus on animals that need care, and a lot of places don’t have the resources we do. We are in an area with wonderful vets. My background is in animal behavior, so once you start this, the word of mouth gets around. Every animal deserves a home and care.

How are the animals exercised inside and outside of their enclosures?

It all depends. Each animal has at least one to three caregivers. Sometimes we just play ball with them, sometimes we have objects in their enclosures and sometimes another animal will be in with them. But we do a lot of enrichment that stimulates them. They have things in their enclosures that they constantly move or play with. None of the animals are pets. These are dangerous animals, so you can’t just put them on a leash and walk them around. We do walk a lot of our smaller animals, but they are in a double-fenced area. It’s case-by-case, different exercise routines, but we make sure they all get exercise.

Why should students visit the sanctuary?

Come and visit and see the quality of life and what other students have helped to become part of the community for other people to have as research. Just to come out and be here is inspiring, totally inspiring.

How much are the animals fed?

They eat 690 pounds a day, and we feed animals anywhere from one to five times a day. Depends on the age and what their health issues are. And we are a 24-hour care facility, and we have three chefs.

Is it difficult to run a foundation off of donations?

It’s a struggle. The vitamins alone run us over a thousand dollars every five weeks. We have to make sure when we take an animal in that we can take care of it all its life. Our dream is to get a sponsor for every animal.

How often, if ever, do you get new animals?

You never know. We could go a year and get nothing, then all of a sudden get three, four or five in a week. A lot of our animals have gotten old. We’ve had animals live 26 years, 18 years that were supposed to live six weeks to six months, and here they are — 18 years old.

Chico State has helped the foundation enormously, but it needs more students to be actively involved, Kirshner said.

Students can help by coming to visit and giving a $10 donation to view the animals. They also can sign up to be a volunteer, Kirshner said.

“(To volunteer), they have to call, come in, and shadow, and then they would read and learn our protocols,” Kirshner said. “One of the things is no jewelry, closed-toe shoes, wear appropriate clothes, not minding getting dirty because it’s heavy and hard work. But it’s extremely rewarding. You learn a lot about animal safety and human safety, and how you can live together.”

Students can also receive additional units that go toward graduation for becoming an intern at the foundation.

“They have to come out, shadow us and we approve them as a volunteer or an intern,” Kirshner said. “Then they talk to their professor — just about any field fits. And you can go as high as 15 units.”

Brittnay Sansoni, a current volunteer at the sanctuary, has been helping out the foundation for three years now and loves working with and helping the animals.

“It is really rewarding just being able to work around the animals and knowing that without the volunteers, none of this would be able to happen,” Sansoni said.