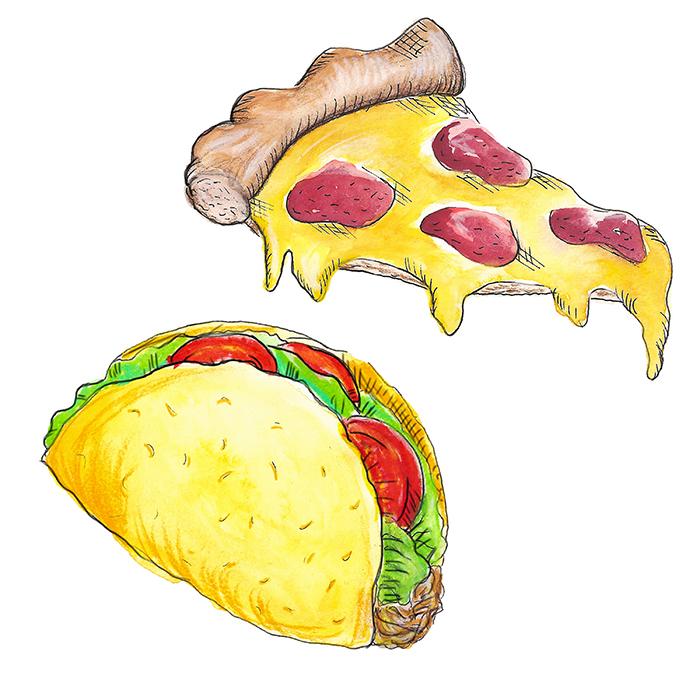 The need for late night dining is a sure thing for college students. No matter what, at some point in a student’s college career, that late night/early morning craving is going to hit whether sitting in an apartment or (more likely) roaming downtown.

A student favorite, according to an Orion poll, Aca Taco is open until 3 a.m. between Thursday and Saturday at the West Sacramento Avenue location and is full of delicious traditional Mexican as well as Tex-Mex-style grub, both with vegetarian options.

This is great for a night walk with the roommates to bond over some nachos as the prices are insanely low for the quality and quantity. With locations downtown and on W. Sacramento Ave., Aca Taco caters to the college lifestyle.

Rejoice if you are planning for a party, for they also cater!

Recommended: The Pollo Colorado (with a mini taco to take home)

Madison Bear Garden loves students so much, it’s practically connected to the campus. It caters to students with three bar locations throughout the restaurant, karaoke night (Monday) and plenty of options to stuff your face from a reasonably priced menu.

If you want dinner, they have plenty of sandwiches, burgers and salads to satisfy the angriest of stomachs. If you are in need of a snack break with friends, look no further than the garlic fries and chicken strips.

Recommended: Depending on the time of night (or morning), The No. 69 All American (which, according to their menu, is “good from either end) or the Morning After Burger.

Alternative: The Jiffy Burger if you’re awesome (or weird)

Now at a new location, Burgers and Brew continues to create lines that are out the door and filled with people craving a late night snack. With every kind of burger combination imaginable and plenty of beers on tap, Burgers and Brew is still one of Chico’s (alongside Davis’ and Sacramento’s) favorite burger joints. You can sink your teeth into one of their burgers until 2 a.m.

If searching for an alternative while your friends get burgers, be sure to check out the connected Crepeville.

The Banshee’s bar and restaurant combination serves up entrees until the kitchen calls it a night around 11 p.m., but do not fret! The walk-up window stays open until 2 a.m. between Thursday and Saturday night with a limited menu.

Recommended: The Mac & Cheese with bacon

So you made it to the closing of the bars and realized you haven’t eaten since what might as well be February of last year. Luckily, your pal Jack has your back. Right on the edge of downtown, you can find anything a diner can offer 24 hours a day, allowing you to drag your animated corpse two blocks for some well-needed eggs and toast.

Recommended: The Chicken-Fried Steak should do you in for the night.

Jacob Hutchison can be reached at lindsaypincus.theorion.com [email protected] on Twitter.