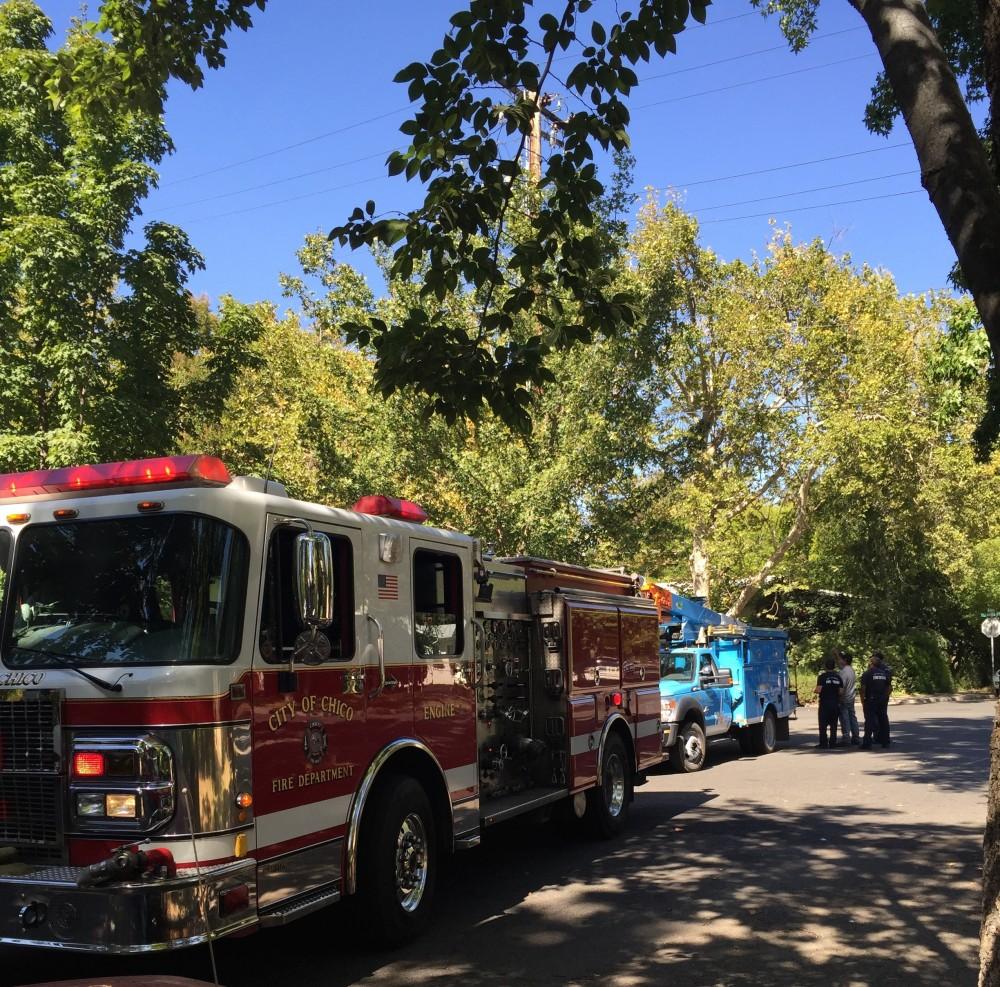 A power line transformer exploded on corner of Oleander and East Sacramento Avenues around three p.m. on Monday causing a temporary power outage. Chico police were nearby when the explosion occurred.

“The power went out right as I heard a loud pop from the power line,” said an employee of a neighboring business.

First responders reported smoke upon arrival. However, the fire went out almost immediately after the explosion occurred.

Pacific Gas and Electric arrived roughly 20 minutes after the incident to repair the transformer.

Local businesses, including Dutch Brothers on Esplanade, shut down early due to the power outage. PG&E estimated power restoration around 5:30 p.m.

Chico Police remained on the scene to direct traffic.

Michael Catelli can be reached at [email protected] or @theorion_news on Twitter.