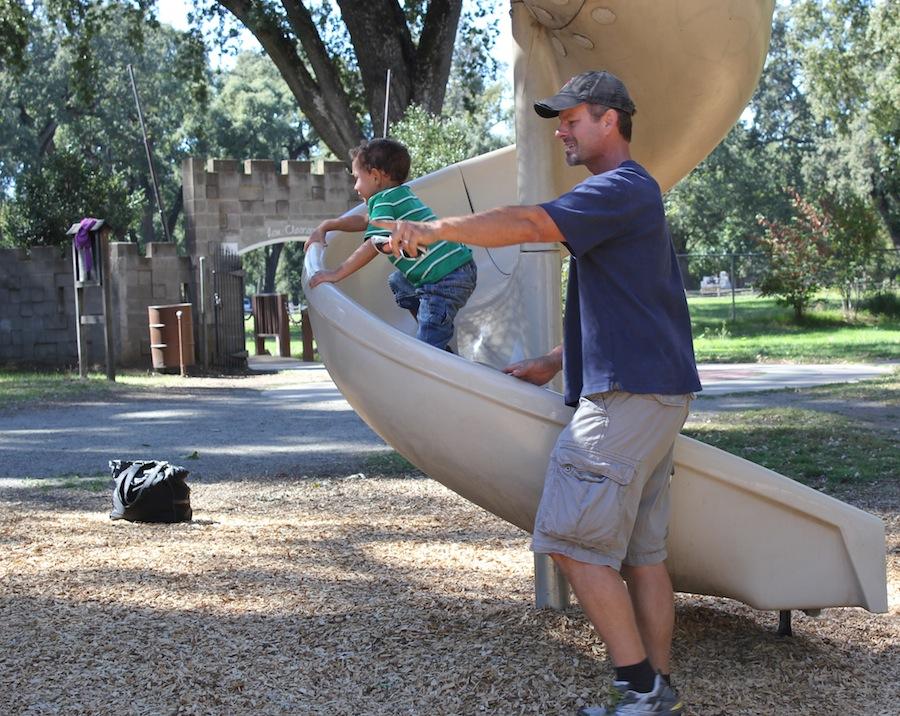 Community members have been working on creative solutions to keep a beloved Chico children’s playground open in the wake of budget cuts.

The City Council adopted a budget in early July that decreased spending for Bidwell Park by about $500,000. As a result, Caper Acres was closed Monday through Thursday and was only available on weekends.

The public reacted swiftly with a petition to keep the playground open, which gathered over 2,000 signatures within a few days.

Abigail Lopez responded by creating the group Caper Acres Volunteers to bring people together to see what community efforts could be organized to help keep the park open. She said Caper Acres is a special place where she likes to take her 5-year-old son Chase.

“I like it because it’s shady and enclosed and it’s just different than the rest of the parks we have,” Lopez said. “It’s kind of a fairy-tale, wonderland place.”

By the end of July, a temporary solution was found, thanks to a local company called ServPro of Chico/Lake Almanor.

ServPro is an emergency restoration contractor that handles wind, water and fire damage. According to marketing manager Steve Kleppe, they began volunteering 18 hours per week as of July 30 to send employees to clean bathrooms at Caper Acres and other park facilities. This enabled city staff to restore the playground availability to six days per week.

Robert Rossini is one of the owners of ServPro, and his company Rossini Construction was involved in raising money for revitalizing Caper Acres several years ago.

“They helped rebuild that park and to see it closed down was something we didn’t want to see happen,” Kleppe said.

ServPro agreed to volunteer time through Oct. 1, and at the request of the city recently extended that date to Nov. 1, while a new solution is being implemented.

Leaders in the Butte County Sheriff’s office approached city council member Randall Stone in September with an idea that individuals in the Alternative Custody Supervision program be used to take over the work that ServPro is doing.

Offenders in the custody program are not deemed as serious threats to public safety and are placed on home detention. They are monitored through electronic ankle bracelets and cannot leave their homes without permission. Any removal of the bracelet is considered an escape and results in their return to jail.

Stone said these are not sexual predators or violent criminals, and that the solution is cost-neutral to the city.

“We are having convicts work off time by contributing toward the community that definitely needs their support,” Stone said.

He said that he doesn’t see a problem with safety or security, since they will be there when the park is closed and will always be supervised by a sheriff’s deputy.

The proposal will go before the City Council at the upcoming Oct. 15 meeting. Stone said this request could technically be done through city staff since it does not involve additional cost, but that he wants the council’s input and buy-in. If the arrangement is approved, the transition will occur in early November.

Lopez said that Caper Acres Volunteers will be focusing on fundraising efforts going forward. The playground needs new and updated equipment, and there is also a concern that the city’s annual funding of $20,000 for park maintenance is under threat from cuts. She wants to be able to fill that gap should further spending reductions occur.