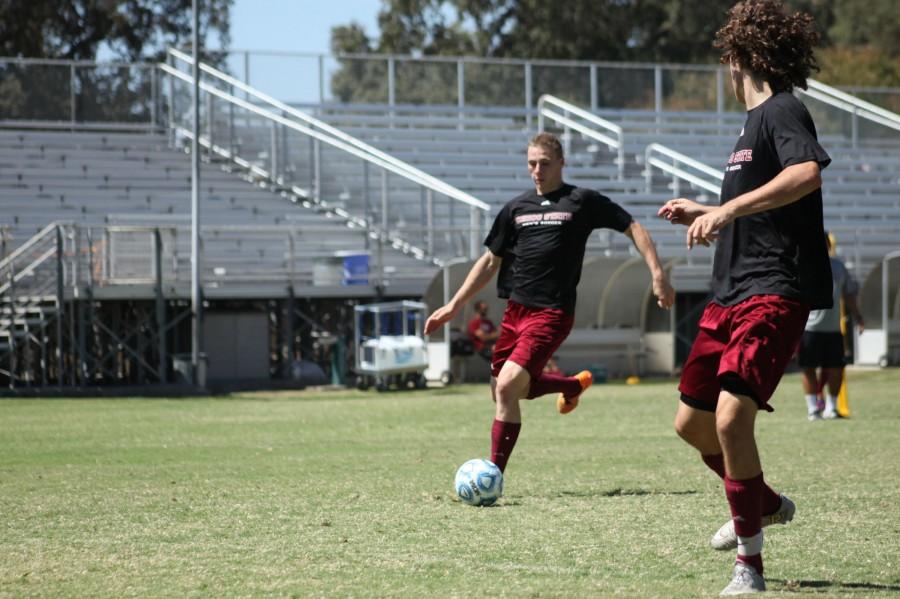 Matt Hurlow aims to break the Chico State record for total goals scored with his next goal which will be his 24th. Photo credit: John Domogma

After leading the Chico State men’s soccer team in goals and points scored last season, senior forward Matt Hurlow hopes to pick up where he left off.

Heading into his last season with the Wildcats, Hurlow’s focus and drive has not withered. He’s now even more focused and hungrier for wins than ever.

“I’m really focused this year and really hungry. I want to win as many games as possible,” Hurlow said. “I feel like the team is strong and deep in every position.”

Hurlow is known for his scoring touch. While attending Escondido High School, he was twice named First Team All-Avocado League East and named the team MVP during his senior year.

In his three years at Chico State, Hurlow has become a goal-scoring machine, dating back to his rookie season in 2012 when he scored four goals and bagged two assists. As a rookie, he scored the fastest goal in Chico State history in the first eight seconds against Cal State San Bernardino.

During the 2013 season, Hurlow found the back of the net three times and had one assist, despite only playing in 21 games. Hurlow’s most important goal of the season was his overtime winner against Cal Poly Pomona.

Although 2013 was not a high scoring season for Hurlow, he managed to put it behind him and improved his goal tally for the 2014 season. Last season, Hurlow bagged six goals and two assists. His knack for finding goals became evident as he scored three game-winning goals in 2014.

Hurlow now enters the 2015 season having scored 13 goals in 56 matches for the Wildcats. For the upcoming season, Hurlow has set his season mark for goals at 24 in order to break the current Chico State goal record of 23 goals. Although he may have his sights set on the record, Hurlow puts his team ahead of his own personal goals.

Carlos Islas can be reached at [email protected] or @cislasRUnews on Twitter.