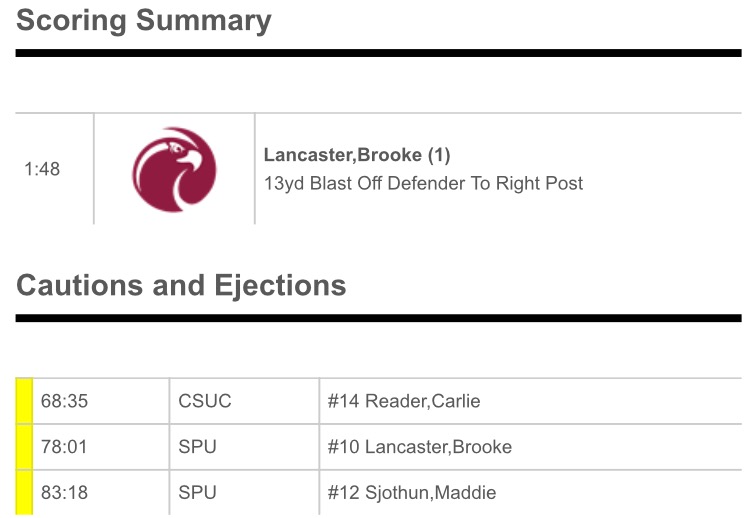 The Chico State women’s soccer team lost their second game of the season on the road against Seattle Pacific University by a score of 1-0 on Saturday, Sept. 5.

The Wildcats ran into trouble in the opening minutes of the game giving up the only goal of the match in the second minute of action. SPU forward Brooke Lancaster’s 13 yard strike deflected off of a defender and hit the right post, which beat Chico’s starting goalkeeper Mackenzie Boulton. 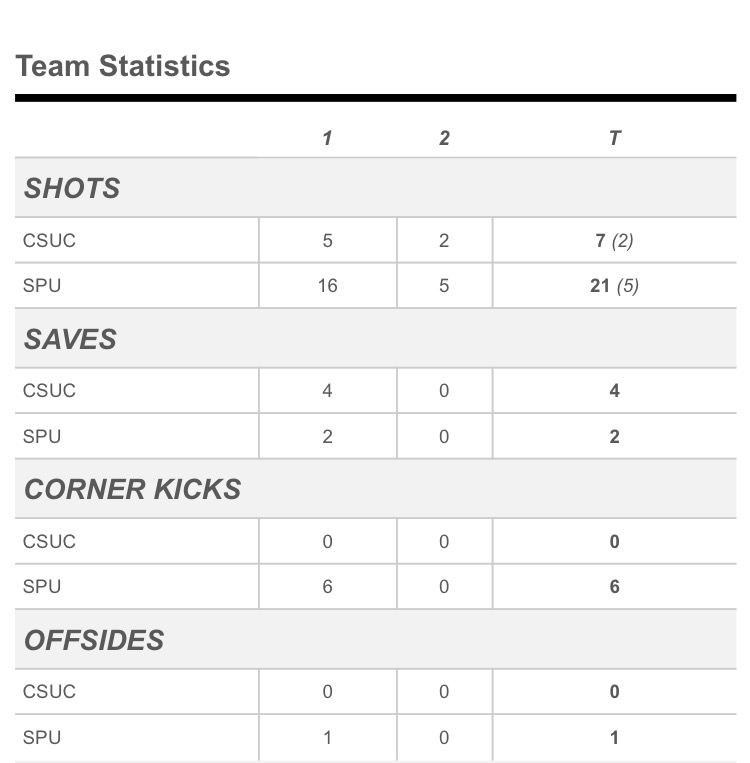 The second half began like the first with SPU taking a shot early. The action slowed down a bit and SPU took fewer shots than during the first half. The first yellow card of the game was handed to goal scorer Brooke Lancaster. After that only two more yellows were issued one for Lancaster’s teammate Maddie Sjothun and one for Chico’s Carlie Reader.

Despite the all the shots from SPU, Chico can be happy to know that they only allowed one goal from 21 shots. Thanks to Boulton Chico had a chance to tie the game all the way until the final whistle. Boulton ended the match with four saves while SPU’s Molly Stinson ended the game with only two saves. Boulton was the busier goalkeeper of the match.

Chico States next match will be at home against Concordia University on Thursday Sept. 10 at 7 p.m.

Carlos Islas can be reached at the [email protected] or @CislasRUNews on Twitter.