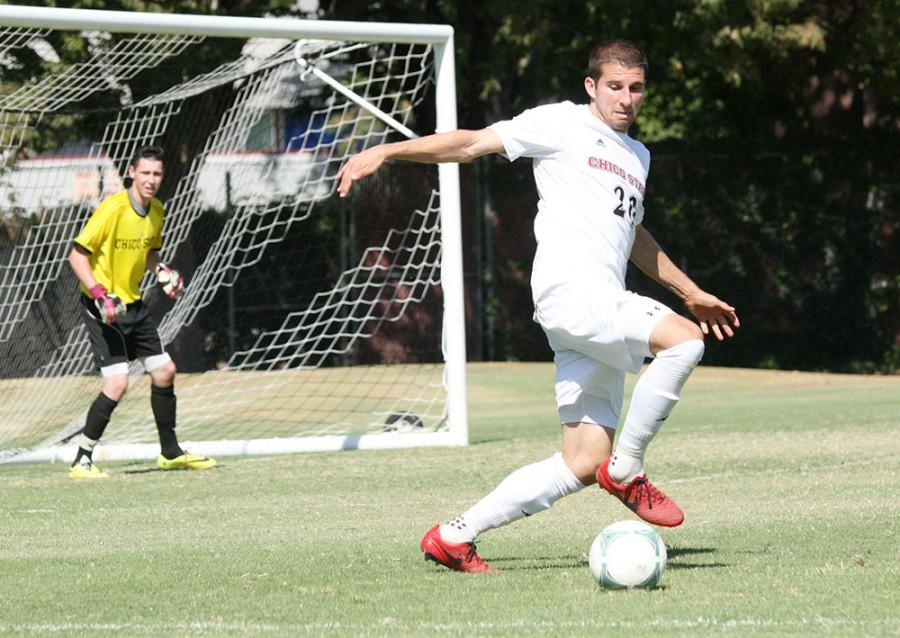 The Chico State men’s soccer team lost their 2015 season opener by a score of 1-0 against Seattle Pacific University on the road on Saturday Sept. 5.

The game was delayed 30 minutes due to lightning in Seattle, but once the game began SPU quickly gained control.

The only goal of the game was scored six minutes into the game by SPU’s midfielder Danny Olivas after Stephen MacDonald dribbled into the box from the right and placed in a low pass.

The first half ended with SPU in control of the game, they finished the half with 11 shots with three of those shots on goal. They also finished with three corners while Chico on managed to get three shots off, which none were on goal. They finished the half with no corners, seven fouls and one early yellow card that was given to midfielder Russell Ellyson.

Chico’s defense improved during the second half but during the opening minutes of the half it looked like SPU were going to pick up where they left off. Chico managed to fire off six more shots but none were on goal while SPU only got off five more shots, none of which were on goal.

The closing minutes of the half saw Chico take more shots, forwards Matt Hurlow and Omar Nuno managed to get off two shots but both failed to find the back of the net.

Chico State’s next game will be against Saint Martin’s University on Monday Sept. 7 at noon

Carlos Islas can be reached at the [email protected] or @CislasRUNews on Twitter.