Fierce feminism is a must 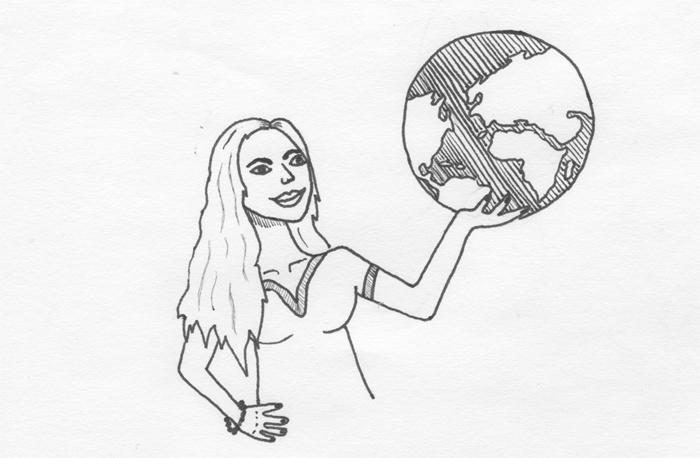 On the first day of dorm move-in, every floor was required to attend a meeting hosted by University Police in which the men and women were separated so as to receive information specific to each sex.

They told the women things we have heard since we were preteens— Be aware of your surroundings, stay in large groups, high heels are a bad idea to party in because you can’t run away as fast, don’t go down dark streets, protect your girls because no one else will.

Those are only some of the many tips that they gave us at this hour-and-a-half-long meeting. At the end, they gave us all rape whistles because, apparently, that will protect us if we were to ever be attacked.

Fury boils from within when talking about how women are treated in our society. The worst part is that it does not look like it will be changing any time soon, only because it is so deeply engraved into our society.

In 2000 I was seven years old, innocent and not realizing the horrors that women had to face in New York after the National Puerto Rican Day Parade. Women were attacked by groups of men who sprayed them with water and grabbed their clothing.

Some believe this has been influenced by music videos that show women being doused with alcohol and touched all over. The dancers in these videos made it seem like it was a fun and enjoyable experience but ask the women in Central Park how they felt that Sunday evening.

Growing up, I had never realized what problems my sex and gender would cause for me later in life.

Everything I do is sexualized. I cannot be bossy because that connotation will classify me as a bitch.

My future job will pay me less than my male counterparts. Abortion is still a sensitive subject that government officials like to dance around because they feel that there are so many factors that go into play.

If I fight for these rights, it will be seen as me bringing my personal problems into the public arena.

But arguing for gun control and legalization of marijuana is not a personal problem, simply because men are also advocating for it too.

We are done being afraid of the predator lurking around the corner. We are ready to stand up for ourselves in the workplace. We are ready to face any more trials that society wants to throw at us. After all, they can’t oppress all of us if we continue pushing for our rights as human beings.

Elizabeth Ernster can be reached at [email protected] or @Liz_Ernster on Twitter.