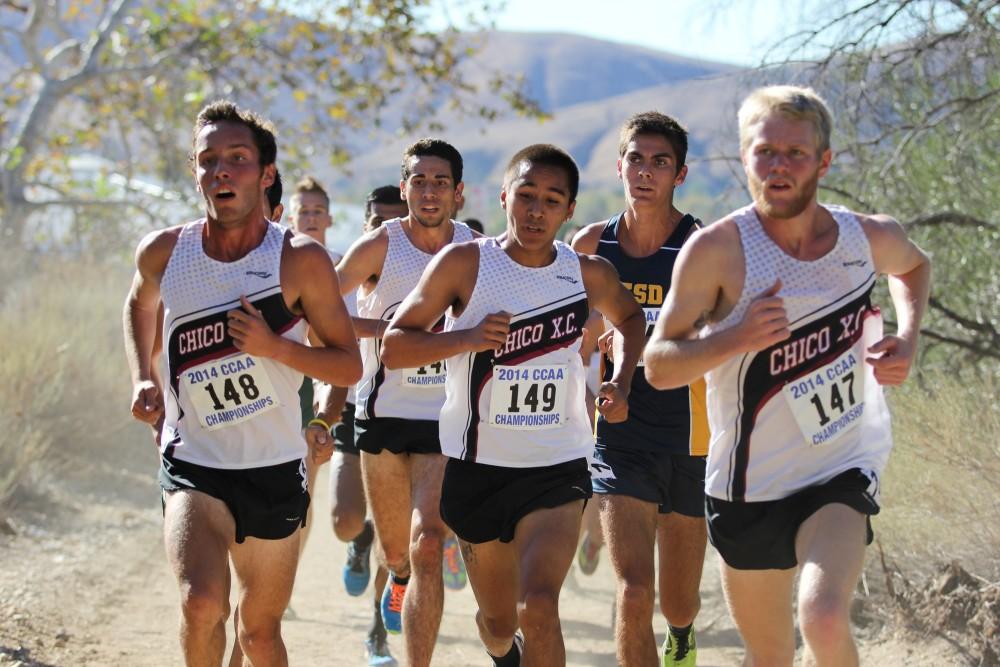 The Chico State men’s cross-country team had its first meet of the year Friday afternoon at the Ash Creek Invitational in Monmouth, OR. They did not fail to impress grabbing first, second and third place with seven players finishing in the top 10.

Led by Will Reyes, who placed first in the 6,400-meter run with a time of 17:47.1, sophomore teammates Falco DiGiallonardo and Kyle Medina took second and third place for the Wildcats with times of 18:12.9 and 18:15.1 respectively.

The ‘Cats finished with a team score of 17, followed by Simon Fraser with 64 and Portland with 129. Western Oregon, Academy of Arts University, Willamette, Oregon Tech, Fresno Pacific, Clackamah and Linfield rounded out the rest of the field.

The Chico State men’s cross-country team will be back in stride on Saturday, Sept. 26 when they will travel to Hayward, CA. to take part in the Garin Park Challenge.

Jason Spies can be reached at [email protected] or @Jason_Spies on Twitter.