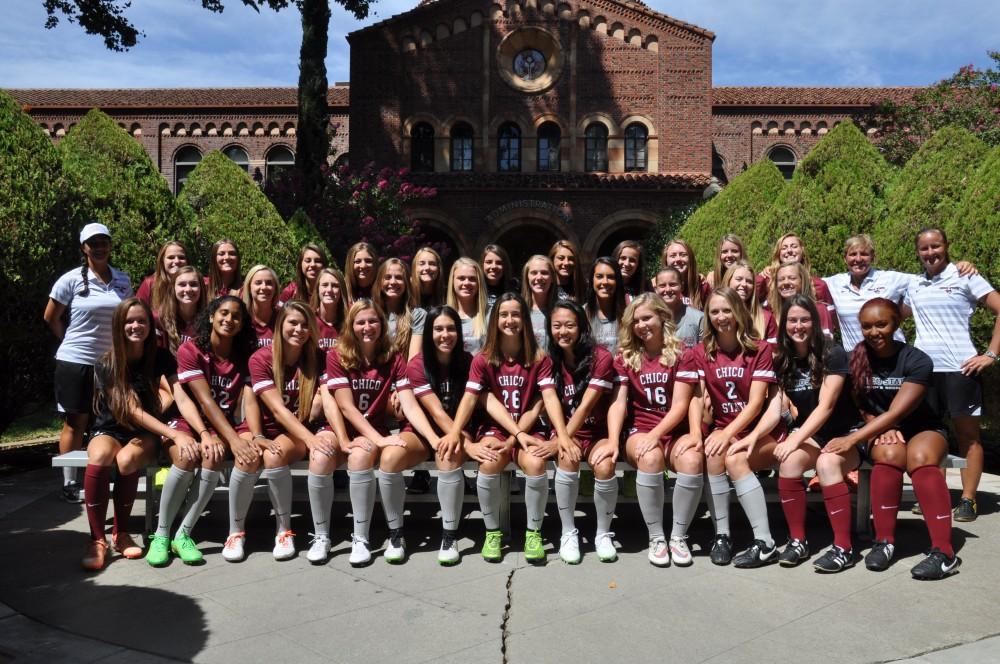 With the 2015 soccer season underway, the Chico State woman’s soccer team is going to need its 19 first-year players to jump right in and compete. The team only has a total of 11 returning players. With a young and untested team, the ‘Cats will rely on their seasoned players while also utilizing their new talent.

Despite having a young team, head coach Kim Sutton is unfazed. “We never really have a rebuilding process,” she said. “We’re always a younger team.”

While Sutton is confident in her team, she has the resume to back it up as well. Sutton has a 141-97-45 career record in her 14 years coaching the Wildcats. Sutton found great success last year, finishing the season 8-2-1.

Cassie Scroggins, defensive player and one of four returning seniors, has high hopes for the team alongside with head coach Sutton.

“We’re a team who supports each other and we make every second count. We have a lot of great freshman this year,” Scroggins said.

Carrying high hopes for the team, each member aims to do their part, including first-year Carlie Reader, a forward from Roseville, CA.

“We’re a big family and we’re starting a whole journey together, one that I feel will lead us to a solid season,” Reader said.

Although hopeful, the team has several obstacles still ahead after losing its starting goalkeeper, defender and midfielder from last year. Losing five seniors in total after the 2014 season, the team is relying on its new starters to succeed in their positions.

The Wildcats have started the season with a 2-1-1 record and big wins over Saint Martin’s University and Dixie State University but suffering a tough loss to Seattle Pacific University 1-0.

The team is confident in its ability to find great play from the 19 first-year players and surpass last season where the ‘Cats finished second in the CCAA conference.

Kenta McAfee can be reached at [email protected] or @Kentamcafee on Twitter.