Volleyball drops 2 in doubleheader for first losses of the season 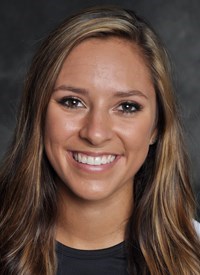 Olivia Mediano has stepped into a big role in the 2015 season. Photo courtesy of Chico Wildcats.

The Wildcats lost both games on Friday’s doubleheader at the Western Oregon Invitational. They suffered their first loss of the season to the Concordia University Cavaliers in the morning 2-3 and lost again to the University of Wisconsin 2-3 in the later game.

Game 1: The game wasn’t decided until the fifth and final set.

Set 2: The Wildcats still couldn’t find their footing, quickly going down 7-16. Again they rallied to get to within three at 20-23, but the Cavaliers finished them off with a score of 25-22

Set 4: With their backs against the wall, the Wildcats rallied once more to take another set. The set went back and forth. The Cavaliers were down 11-19 to the ‘Cats. Concordia then rallied to make it 20-23. The ‘Cats then finished off the set to win 25-21.

Set 5: The final set was another back and forth. The Cavaliers came out to take a 10-6 lead until the ‘Cats brought it within one at 13-14, until Concordia ultimately won 13-15.

Sophomore Olivia Mediano led the team with 21 kills, and an ace. Senior Hannah Wilkins was right behind her with 15 kills.

Game 2: In another 5-set game, the ‘Cats came up just short, suffering their second loss of the day.

Set 2: Another close set, the set went into overtime. Both teams were tied at 24 when Chico State scored two straight to take the second set 26-24.

Set 3: Again the set went into overtime. Tied up at 25, the Rangers scored two straight to prevent the sweep and took the set 27-25 over the ‘Cats.

Set 4: The Rangers continued their momentum and quickly took a commanding 18-11 lead. They easily finished off the ‘Cats 25-16 to force a fifth set.

Set 5: The final set was close early, with both teams tied at three. The Rangers pulled away to lead 11-6 then finished off the ‘Cats to take the game 15-11.

Mediano was tied for the lead with senior Shannon Boling who had 16 kills. Mediano also added a block and an ace, and Boling had two blocks.