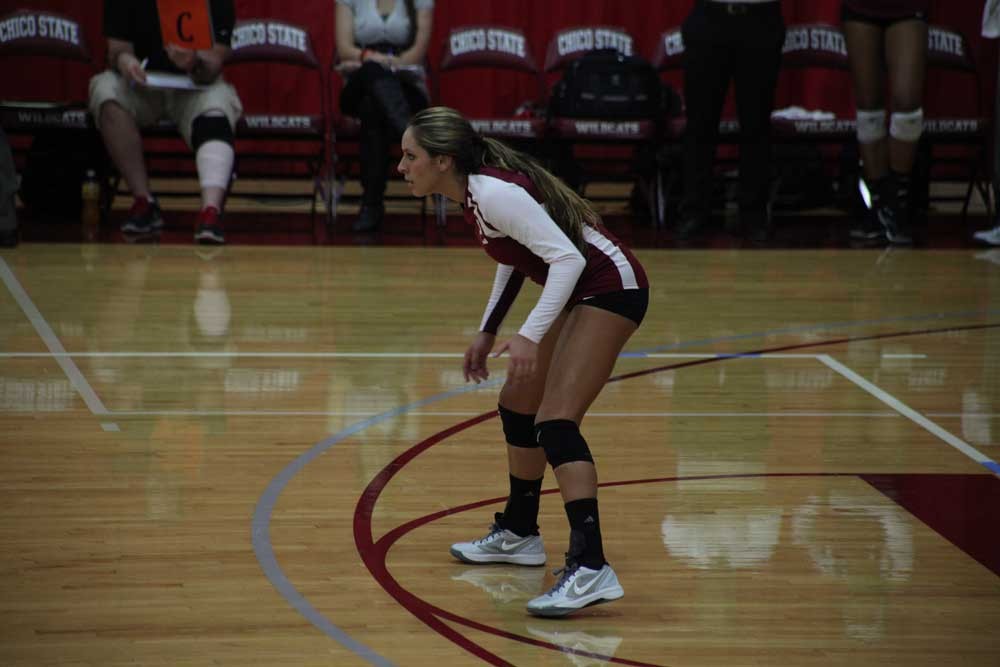 The Wildcats traveled down to Southern California to face off against the Cal State Dominguez Hills Toros, winning in four sets to improve to 10-2 overall and 2-0 in the California Collegiate Athletic Association standings.

Led by setter Torey Thompson’s 51 assists, the ‘Cats got a solid start by taking the first set 25-21, but then the Toros battled back, winning the second set 25-22.

The Toros, who began the night having lost their last three matches, fell apart in the third set as the ‘Cats romped to a 25-8 win.

Chico State avoided any unnecessary drama by taking the fourth set 25-21 to reach double digits in the win column. The ‘Cats are already three wins away from matching last season’s 13-win total.

Defensively, the ‘Cats were on point throughout the match with Anu Munkhtur, Shannon Cotton and Jacki Kreymborg tallying 21, 17 and 14 digs, respectively. Olivia Mediano posted a match-high 19 kills and Ashton Kershner compiled 12 kills, 3 service aces and 2 blocks. Chico had a hitting percentage of .225 compared to Dominguez Hills’ .099.

Nick Reddy can be reached at [email protected] or on Twitter @NickIsReddy.