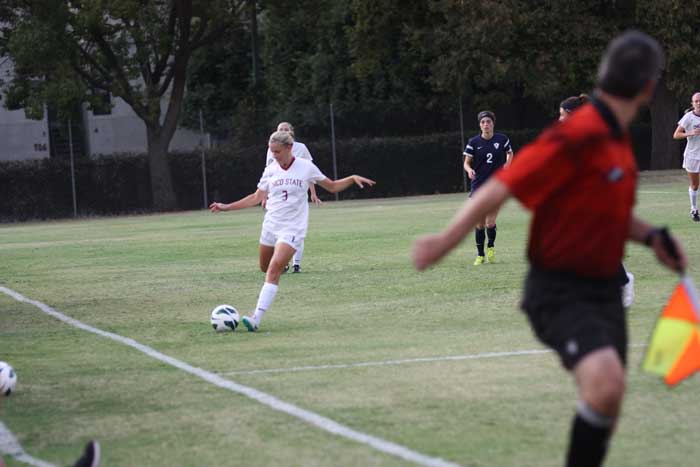 Shelby Lanksbury was the hero of the game, scoring the only goal and giving head coach Kim Sutton her 200th NCAA victory. Photo credit: Allisun Coote

With the win, the ‘Cats improve to 4-1-1 and the Penguins losing streak continues to three while their overall record drops to 0-4-1 for the season.

The only goal of the game came in the 19th minute of the first half with junior forward Shelby Lanksbury scoring her third goal of the season. After a great display of team passing, the ball made its way to the top of the box where junior midfielder Lindsey Dias was able to find Lanskbury open, who quickly turned and fired a shot that found its mark.

During the game, reliever goalkeeper Duval made nine saves on the 12 shots she faced and did not allow a goal in her Wildcat debut.

The next game for the Wildcats will mark the beginning of conference play and will be on the road against Humboldt State on Sept. 25 at 12:30 p.m.