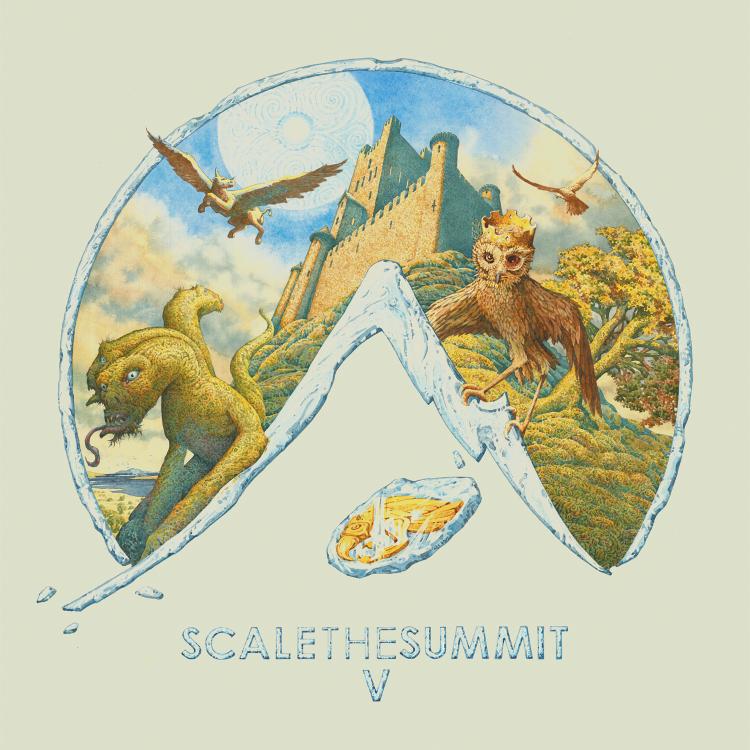 The style of music Scale The Summit plays has always been pretty complex. But the new album in particular is by far the most diverse in sound— the songs’ structure and arrangement make it difficult to take in at times.

Their last album, “The Migration,” was a lot calmer. It also had shorter songs and sounded less dark. “V” reflects a vibe similar to their first two albums, “Monument” and “Carving Desert Canyons.”

The band is known for their nature-themed song titles, and it shows in the song “Blue Sun.” This song has a ton of direction, steering from big and heavy sounds to quiet, relaxed notes. The music video for it seems to not fit the song title whatsoever, but I believe the band members just wanted to do a funny video to stand out.

“Kestral” is probably their most mellow and sad-sounding track on the album. Although, toward the end, it picks up with great intensity.

This album overall was good, but pretty hard to take in at first. Some melodies really stuck in my head and others did not. Either way, “V” showed a great display of their old material mixed in with their more recent sounds. It’s definitely a grower.