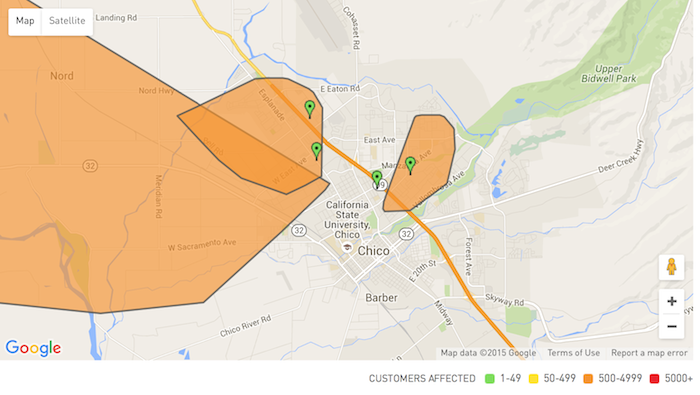 Several areas are being affected by the power outage in Chico. Photo credit: Suzy Leamon

PG&E is reporting more than 9,000 customers are without power in Chico.

The outages were reported around 4:26 p.m. in north and west Chico, according to PG&E.

The power is expected to be turned back on around 7:30 p.m. The cause of the power outage is unknown.

About 2,500 people residing in the area north of Vallombrossa Avenue experienced an outage at 4:32 p.m. Their power is excepted to be restored at 7:30 p.m.

Flooded streets have also been reported around Laxson Auditorium, First and Broadway streets, Fourth and Cherry streets, Ninth Street and The Esplanade.

Susan Leamon can be reached at [email protected] or @theorion_news on Twitter.