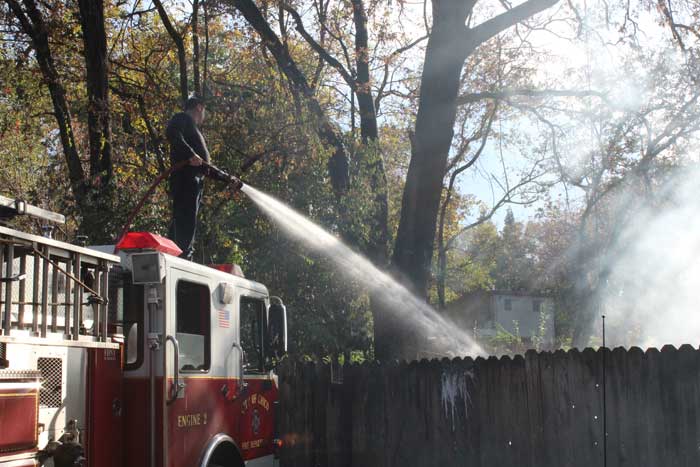 A trash-fire on a alleyway by Warner Street was quickly put out by the Chico Fire Department. The fire occurred at 2:45 p.m. on Monday and the Fire Department arrived within 15 minutes as smoke filled the neighborhood.

A large debris pile caught on fire in a man’s backyard, according to local Chico Fire Department firefighter Joe Duran. The unidentified Chico resident had no idea how the fire started as well.

“We got a call about smoke in the area, and found a large debris pile in the area on fire, lot of trash in there and were trying to extinguish it,” Duran said. “(the resident) said there is a lot of trash dumped in the area.”

Lars Gustafson can be reached at [email protected] or on Twitter at @larsonsports.