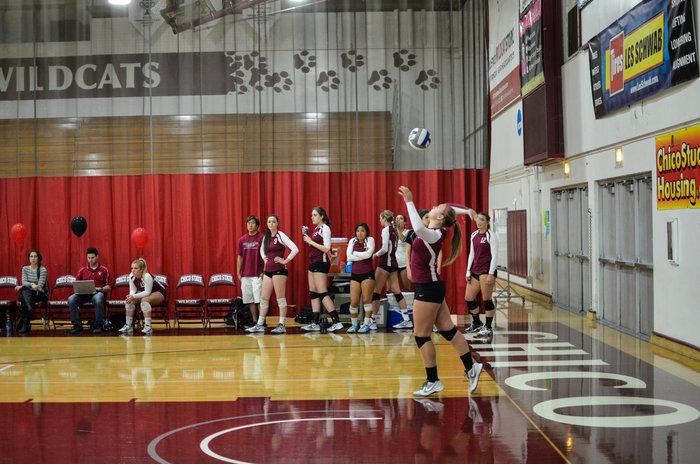 The Chico State women’s volleyball team lost to the UC San Diego Tritons, three sets to one, increasing its losing streak to five on Nov. 7 in Acker Gym.

The loss brings the team to a conference record of 8-9 and season record of 16-11.

Chico State was able to score the first point of the first set, but before the team could celebrate, UC San Diego came back to top the ‘Cats 2-7, forcing head coach Cody Hein to call a time out. The ‘Cats tried to hang on, but UC San Diego ended up running away with the set with a final score of 25-13.

The Wildcats led the second set, scoring the first point, but the Tritons kept stride with them and managed to keep the match tied at 5-5. UC San Diego broke away from the tie and scored six in a row, then continued on that momentum, bringing the team to a 25-12 win.

The ‘Cats scored the first point of the third set and kept the set close as neither team managed to pull ahead. With the game knotted at a 9-9 tie, Chico State pulled ahead slightly by scoring twice in a row and slowly gained a comfortable lead. The ‘Cats built on their lead and won the set 25-21, bringing the game to 2-1 with UC San Diego in the lead.

Kenta Mcafee can be reached at [email protected] or @KentaMcafee on Twitter.