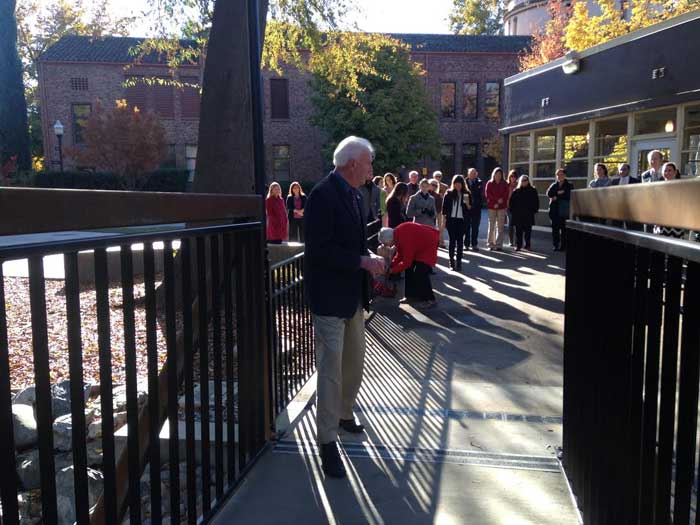 A crowd gathered early this morning as Paul Zingg, president of Chico State, gave the commencement of the reconstructed Gus Magnolis bridge.

The new bridge was built after a tree fell and destroyed it last September.

He walked across the bridge holding the hand of the great-grandson of Gus Magnolis, the man who the bridge is dedicated to.

Chico State students were also in attendance during the ceremony.

“They did a good job building it nice and fast,” Phillips said.

Christopher Gordon, construction management major, helped worked on the bridge over the summer.

The new bridge will be open to the public starting today.