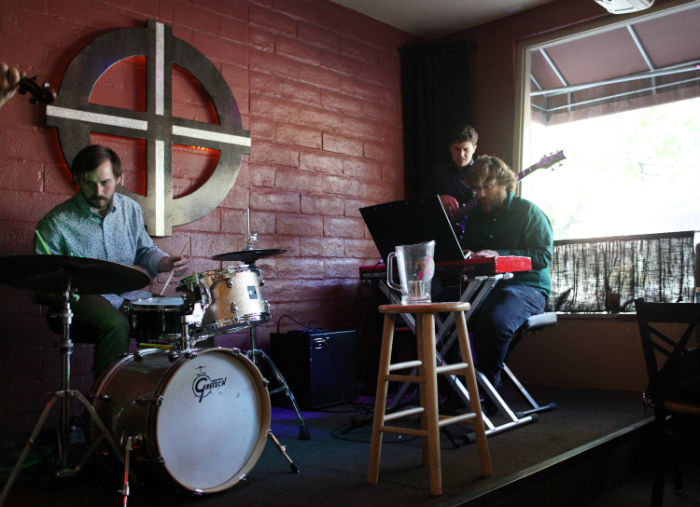 Jazz group Bogg, made up of Michael Bones on drums, Gavin Fitzgerald on bass and Josh Hegg on the keyboard, performed for customers at Cafe Coda on Friday morning. Photo credit: John Domogma

Bogg, a modern jazz ensemble with clear hip-hop, classic rock and other random influences, has weekly shows at Cafe Coda.

Black Sabbath was the theme of this particular Friday morning show, which audience members loved. A lack of lyrics didn’t deter young fans; in fact, the cafe was full to capacity with audience members standing outside to see the show.

The usual breakfast-eaters at the cafe were utterly unperturbed by the group, even lingering longer than usual to watch the entire hour and a half set.

“I usually eat and leave but the group is good so I stuck around,” said James Lowe, a Cafe Coda regular.

Chelsea Gallegos can be reached at [email protected] or @theorion_news on Twitter.