Despite fights, IAMSU! steals the show 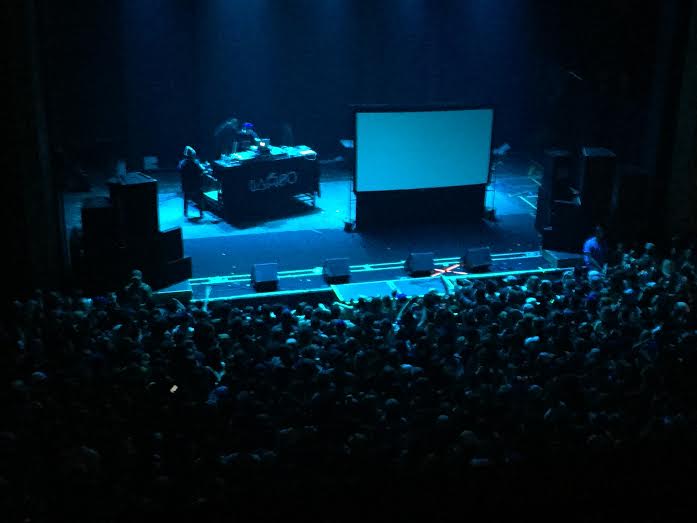 Despite fights and a short set, IAMSU! rocked the crowd at The Senator Theatre. Photo credit: Tom Sundgren

The Senator Theatre was packed shoulder to shoulder on Dec. 5 thanks to IAMSU!. It didn’t matter if a huge fight broke out, if people jumped up and moved their arms to the beat or if the performers were crowd-surfing— the audience was consistently energetic.

Casey Veggies came out first and the crowd moved and pushed each other to the music from the moment it began. His motions and persona on the mic hyped up the audience for his performance.

The fans at the show reacted the strongest to his song, “New Faces,” where almost everyone was jumping to the beat with their hands up, yelling the chorus with him.

Although there were people that came to see Casey Veggies, some people kept chanting “IAMSU!” in between his songs.

Casey Veggies’ set only lasted for 20 minutes before a DJ came on to play popular hip-hop songs in between the transition.

When the DJ was finished, there were a few seconds of silence and then a big projector flashed onstage, displaying visuals of flames.

Out popped IAMSU! with a big, puffy yellow jacket and the crowd roared with excitement when the first song started. Neon purple, blue and green lights glowed and flashed upon him throughout the stage.

By this time, the audience had stacked up even more and five songs into the set, a fight broke out.

It seemed like fists from multiple people were being thrown at one guy. Some people stopped throwing the punches after a few seconds and then other people jumped in to take over.

IAMSU! eventually stopped his song to say, “Whoa, hold up y’all, stop fighting. You’re at a show y’all should be having fun.”

The fight then died down and the song continued again.

Once the song played again, the fight broke out even more with one guy going crazy on another, but this time some people pushed them back to try and seperate them. It continued for another 30 seconds until finally, one security guard was able to make his way through the crowd and ended the animosity between the many parties involved.

It looked like none of the people fighting got kicked out. The show kept going and everyone else gave back to the music by dancing and crowd-surfing.

Before he played his next song, IAMSU! asked everyone to put their phone or lighter in the air and said, “Put up a light if you believe in yourself and believe you can do something.”

Unfortunately, IAMSU!’s set was only about 35 to 40 minutes long. To save time, he even stopped playing halfway through certain songs. More annoying than this, rather than finishing his own songs, he opted to cover popular tracks, like “Gas Pedal” by Sage The Gemini, instead.

The audience kept energy high, even when he stepped offstage.

Although a big fight broke out at the show, it didn’t stop anyone from staying. For the most part, everyone seemed to have enjoyed themselves at one time or another, either by crowd-surfing, bobbing their head and bodies to the music or by singing along with their friends to the artists’ biggest hits.

Tom Sundgren can be reached at [email protected] or @tom_sundgren on Twitter.